Arizona desert cities have a distinctive style. There are few other cities where you'll find mesquite and palo verde trees in parks, giant blue agaves and golden barrel cactus in yards, creosote and brittle bushes in medians, giant saguaros and ocotillos along the freeways. Being young cities, it took us a while to grow up and express ourselves.

Like other teenagers, there was a time when we wanted to look like everyone else. We planted Mediterranean olives and sumacs, California palms and citrus trees, and Midwest lawns and pine trees. And, like any adolescent, we didn’t smarten up overnight. It was an evolution, and sometimes a struggle, but we finally found ourselves.

Consider these City of Phoenix figures about residential landscapes. Using water consumption and other data, the city estimates that during the 1980s from 70 to 90 percent of Phoenix homes had turf landscapes. Today, that number has dropped to 10 percent.

Thirty-five years ago the old rules still applied. Deciduous trees were not for public spaces because winter visitors came to the Phoenix Metropolitan Area to see green. Palo Verde and mesquite trees looked “too hot” for visitors. Some native plants, for goodness sakes, had thorns. Neighborhood parks were to be flat, grassy, trimmed, raked and filled with evergreen trees, such as pines and sumac. Homeowners mimicked what they saw when designing their yards. Within cities, the desert was confined to preserves and botanical gardens.

It’s clear now that the 1980s marked the beginning of the end for this kind of thinking in the Valley. There was no defining moment, just a gathering of forces that led to a new perspective. 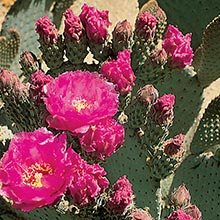 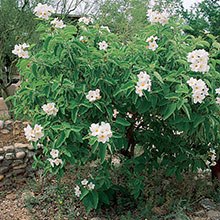 Cities established water and desert conservation programs. Newly hired water conservation experts actively promoted the desert aesthetic. They spread the word about its beauty, its ability to attract hummingbirds and butterflies, its practicality, its water and money-saving advantages. Some cities began to offer rebates to replace turf with desert landscaping and some developed demonstration gardens to inspire homeowners. Through AMWUA, member cities shared expertise and resources, launching programs and publications to help their customers select, install and maintain desert trees and plants.

AMWUA teamed with the Arizona Nursery Association and the Arizona Landscape Contractors Association to develop and provide marketing materials and training to the industry.  The industry, in turn, educated its customers about the increasingly diverse palette of desert-adapted plants available to them. 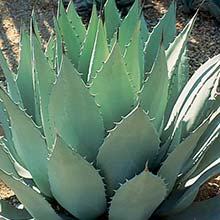 Eventually, what was once a novelty has become the norm - with room to improve.

We have work to do, but we’ve opened our hearts and yards to the desert. That makes us distinctive and far more water-wise. We’re growing up.