Will Our Drought Ever End? Earlier this month the Governor’s Drought Interagency Coordinating Group met and unanimously voted to inform the Governor that Arizona’s long-running drought declaration should continue.  This means Arizona has been in a state of drought for more than 20 years, surpassing the worst drought in more than 110 years of record keeping.

Now that our drought has been extended yet again, it leaves many to wonder what it will take to get us out of this drought? One would think that after such as a wet winter and spring the drought would be over, but that is not the case.

To determine our drought status, the Governor’s Drought Interagency Coordinating Group which includes experts on water, weather, climate, forests and wildlife, collectively offer insight into recent weather events and analysis of what the near-term weather future may hold. The group meets twice a year to analyze Arizona’s climate conditions and decide whether to recommend to the Governor that the on-going drought declaration be continued or not. 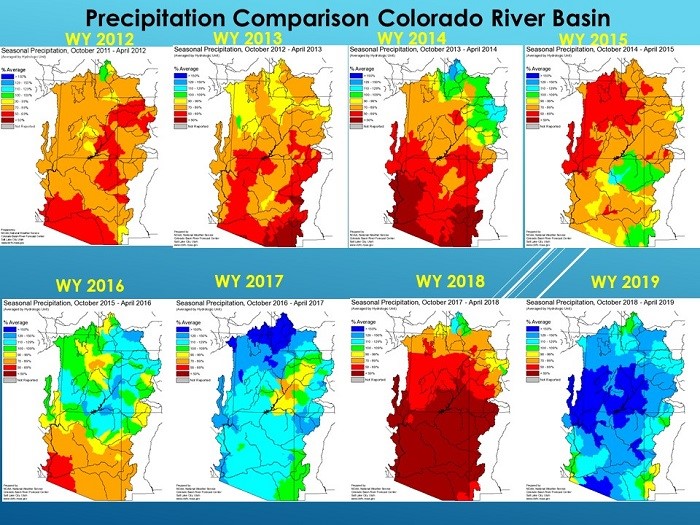 In addition to hearing reports from that group’s membership, the interagency group considers what effect precipitation levels have had on both the short-term and long-term drought statuses. Although there were short-term improvements through to the end of April, long-term drought conditions are slow to improve because it takes time for snowpack runoff and streamflow to find its way into the aquifers and groundwater basins.  Plus, we should remember the previous winter in 2018 was alarmingly one of the driest on record with little snow and rain.

In short, we will need more consecutive above-average winters before Arizona can say it is out of drought.

To get a better understanding of how our drought status is established and what it is needed to end the drought, the Arizona Department of Water Resources (ADWR) has provided the following information.

Q: What are the methods for determining drought status?

Q: If it rains where I live, why does the drought map still reflect drought in my area?

A: Water resources in Arizona are diverse and can arrive from hundreds of miles away; such is the case with the Colorado River water.  Water in the Colorado River are generated by snowmelt runoff from mountain ranges that can be located in as far as Colorado and Wyoming states, upper in the Colorado River Basin. Even water supplies that are generated within the state can originate much further than the place of consumption- either located deep underground (in the form of groundwater) or generated by snowmelt from mountains located tens of miles away from Central Arizona, where most of the state's residents live and work. Therefore, precipitation in one's local area may have little to no effect on the water that ends up pouring from one's tap.

Q: How do we know when the drought is over?

A:  In order for this drought to be over, a series of above average precipitation events, especially during winter and specifically in the form of snow, are needed; one wet winter is not enough to rehydrate the soil and vegetation, which have been receiving less than average precipitation for over 20 years. Snow is specifically important because it functions as a natural water reservoir, storing water on top of the mountains in the winter when there is less demand for it, and gradually releasing it in the form of runoff during spring and early summer, when water demand is higher. Snow and the steady runoff it provides is often more beneficial than rain, which is often more temporary, in recharging streams and groundwater.

In summary, it comes down to the fact that we do need more than one year of wetter than normal conditions to end our current drought. Those wet cycles need to come more consistently before we see long-term relief. Precipitation levels like we saw this past winter do have a short-term impact, but that is simply not enough to lift the drought status that has challenged Arizona for more than two decades.

The cities have developed our communities with a keen awareness of these extended dry periods. Cities have planned by securing multiple sources of water and finding ways to stretch those supplies including storing water underground. The AMWUA cities have also established and continue to reinforce a strong conservation ethic.  Drought may bring some significant challenges, but we are prepared and will continue to prepare.