Beyond the Headlines: Facts about Your Drinking Water 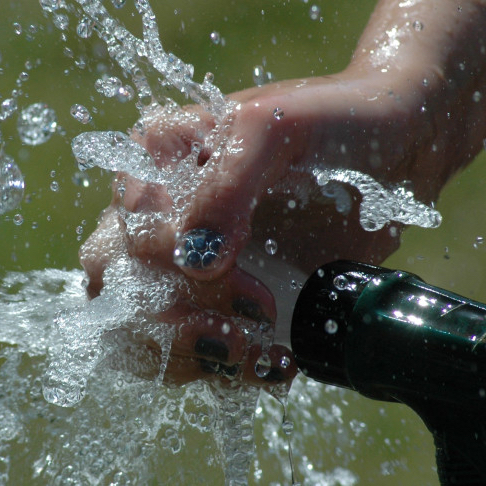 When media reports mix together the words "water" and "toxic" it's no surprise the public would have concerns. Throw in a reference to an award winning film with Julia Roberts and certainly it must mean something is wrong with our water. This happened last week with stories about chromium-6. It is important to step back, make sure we have all the facts, and read beyond the headlines or sound bites. Chromium-6 is a substance found in small amounts in most American cities' drinking water including those in the Valley.  Here’s what you need to need to know.

Fact 1: The municipalities in the Phoenix area consistently meet or exceed all of the safe drinking water standards set by the Environmental Protection Agency (EPA).  Cities are required to do so under the Safe Water Drinking Act.  In fact, water utilities are among the most regulated industries in the country.  Your tap water is safe to drink.

Fact 2: The more significant but less sexy story is that Valley water utilities collectively perform millions of tests and measurements throughout the year to ensure water treatment and distribution systems are safe.  Each of the AMWUA cities has an aggressive  water quality program with dedicated staff.  These professionals fan out daily across the various water service areas to take thousands of tests for hundreds of substances using state of the art equipment and laboratories to make sure your water consistently meets the safe drinking water standard.  Each city provides an annual water quality report to its customers, which should be newsworthy in their demonstration of the reliability of our safe drinking water.  If water quality is ever an issue in your city, you will be notified.

Fact 3: Chromium-6 is one of many components EPA is analyzing for health impacts to consider regulation or limits.  Because the EPA is analyzing chromium-6, the Valley Cities have been conducting tests to determine baseline levels of chromium-6 in the Valley.  A major source for chromium-6 in drinking water is mostly a naturally occurring element found in volcanic geologic formations in the Southwest.  While chromium-6 can also be discharged from industrial activities, here in the Valley its presence is predominantly due to Mother Nature.

Fact 4: Scientific research has not reached a consensus on what level and length of exposure to chromium-6 is hazardous. EPA set the drinking water limit of 100 parts per billion for total chromium, which includes the substances chromium-6 and chromium-3. EPA is in the process of reviewing and updating that standard. California is the only state to set a required maximum level for chromium-6 in drinking water, which is at 10 parts per billion. Scientists at the California Office of Environmental Health Hazard Assessment have determined a goal of 0.02 parts per billion reduces the risk posed by chromium-6 to a 1 in 1,000,000 chance of developing cancer based on daily consumption of unfiltered groundwater over a 70 year period.  Again, this is a goal, not a requirement, for water providers in California.

Fact 5: The source of chromium-6 in the Valley is primarily groundwater, which utilities then mix with surface water, which dilutes the levels in your tap water.  That dilution becomes even greater when you consider that most Valley cities predominantly use surface water.  For example, 98 percent of the City of Phoenix’s water supply is made up of surface water from rivers, which contains virtually no chromium-6.

Fact 6: New technology allows the detection of components in water at smaller and smaller levels than was previously possible.  While we know more about what is in our water, much more research is usually necessary to determine the actual effect it will have on us.  Another key challenge is that the technical feasibility of removing questionable constituents usually lags behind the technology to detect.

Fact 7: The Environmental Protection Agency sets the standard for drinking water.  The Phoenix metropolitan area cities always comply with any new water standards required by the EPA.  This can and has meant making the necessary investments to meet new water quality regulations.  Water utilities cannot and should not be expected to make changes to their operations based on each new study released, especially when a scientific consensus is lacking on what is the best remedy.

Fact 8: Your tap water goes through more testing and meets a higher standard than required for bottled water.

Finally, here’s a personal observation. In the 1980s, I lived a total of four years in South Korea and China.  During that time, water had to be boiled to make it safe to drink.  This meant I drank a lot of tea since that indicated the water had been boiled.  Each time I returned to the United States, I considered myself so fortunate to be able to walk up to a faucet and drink right out of the tap.  I didn’t have to worry about getting water in my mouth while showering.  It is disappointing how over the last three decades we question our tap water due to isolated crises and the slick marketing of bottled water.

Let’s keep our water in perspective.  Nothing will ever be a 100 percent safe, including breathing.  Public agencies can be questioned and should be challenged when we have concerns.  This is what brought about the Safe Drinking Water Act.  How fortunate we are to be able to question how many parts per billion a substance should be in water, when 1.8 billion people around the world don’t have access to safe water and 2.4 billion lack access to adequate sanitation.  I’m appreciative of the professional men and women working around the clock in the water industry in Arizona to make certain I have safe drinking water at such an affordable price.  I will continue to enjoy drinking water from the tap.