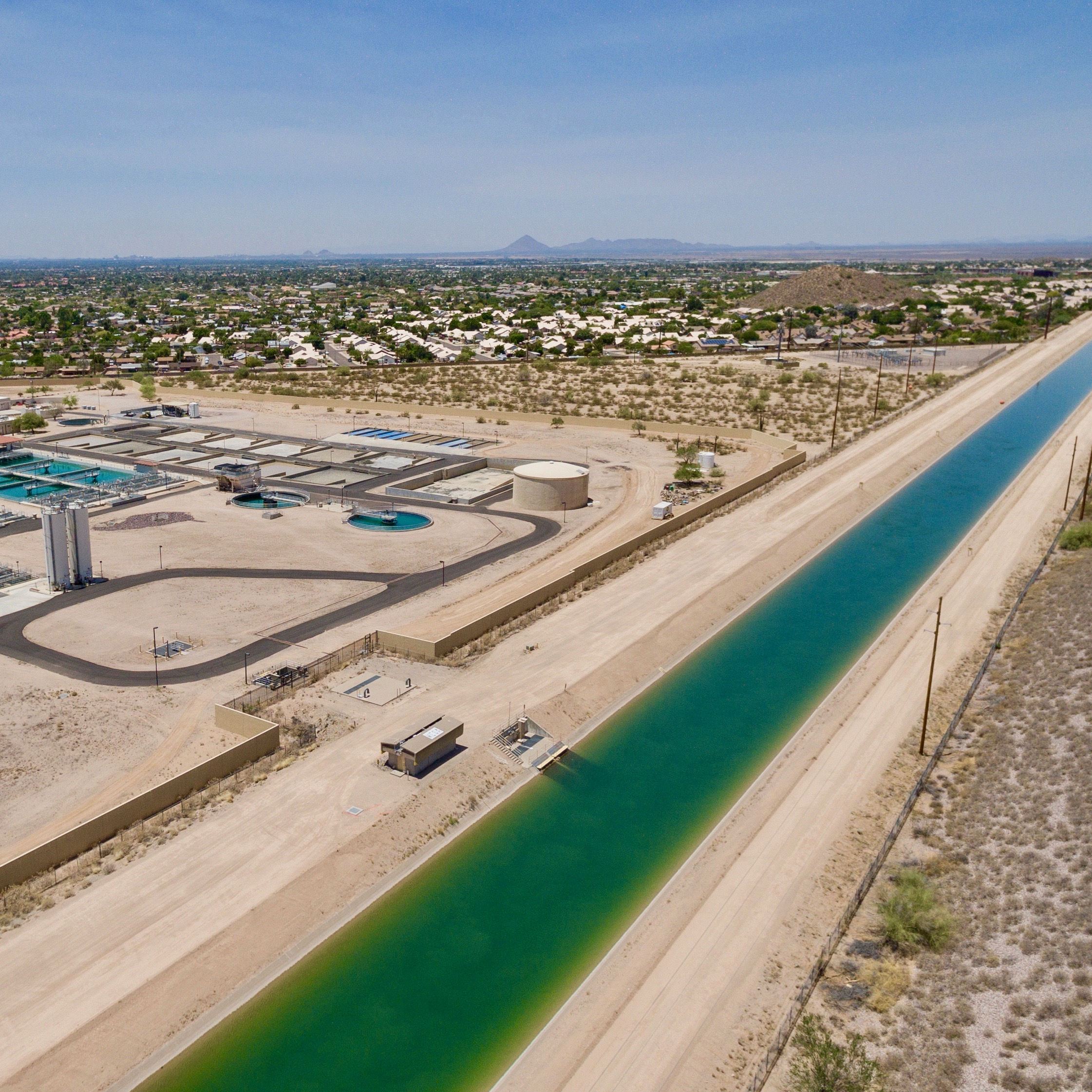 Fifty years ago, the cities in the Valley of the Sun applauded when President Lyndon Johnson signed the Colorado River Basin Project Act. The Act authorized federal funding to construct the 336-mile long Central Arizona Project to bring Colorado River water to Central and Southern Arizona.  Today, using Colorado River water in the Phoenix area is taken for granted as a normal part of our lives.  Yet, securing this vital resource was certainly not easy nor a foregone conclusion.  It took foresight, hard work and investment to make the Central Arizona Project a reality.

Cities played a significant role in the realization of the Central Arizona Project. More importantly, cities have never waivered in their commitment to obtain, protect and put to full use their allocations of Colorado River water. This commitment assures water for families, fire departments, schools, hospitals, restaurants and other businesses and industries that sustain the city’s – and the state’s - economy.

Cities are crucial to the success of the Central Arizona Project in the following ways:

Cities generate a tax base. - Property owners in Maricopa, Pinal and Pima counties pay a total of 14 cents in property taxes for the primary purpose of repaying the federal government for constructing the canal. The taxes also are used for operating and maintaining the canal and for storing Colorado River water underground for the future.  Approximately 63 percent of the money collected from these taxes comes from property owners living in the ten AMWUA cities.  Without this tax base, federal financing for the Central Arizona Project would never have been authorized.

Cities pay for water delivery. Cities also pay for the delivery of their Colorado River water through the Central Arizona Project.  These delivery rates pay for the cost of energy  needed to operate and maintain the aqueduct and move the water through the canal system.  Every year since 2000, cities have shouldered a six percent increase in CAP delivery rates on average.  Ultimately, residents and businesses pay these delivery costs when they pay their city water bills.  Incorporating these costs into municipal water rates is a challenge. Water service departments must answer to their respective city councils and citizens about raising rates and also finance the operation of their own systems, including maintenance and improvements.

Cities safeguard our right to Colorado River water. Cities have made significant financial investments to support the Central Arizona Project.  Each year, cities with contracts for Colorado River water pay for the right to order the water through a “capital charge.” These capital charges contribute to repaying the debt owed to the federal government.  Making these payments has been challenging during economic down-turns and strained utility budgets when the capital charge rate increased faster than the water rates individual residents pay. However, each of the AMWUA cities has done whatever has been needed to hold firm to its contracts for Colorado River water. Cities know a secure, renewable water supply is essential to their residents’ economic well-being.

Cities plan for the future. Municipalities knew that to have the United States build the Central Arizona Project, Arizona would have to accept California’s demand that Central Arizona Project water has a lower priority than California’s share of Colorado River water. That lower priority puts CAP water first in line for cuts when there is a shortage. Knowing this, cities encouraged and pursued ways to prepare for shortages. Cities take Colorado River water they cannot directly use during a year and store it underground to ensure that their residents will have water in the future. Cities invest millions in building and maintaining their wells so that groundwater can be used as a backup supply. These investments demonstrate that the prospect of taps running dry, however small, is simply unacceptable.

The relationship between municipalities and the Central Arizona Project will become all the more important in the next fifty years as the state faces inevitable shortages of Colorado River water. Cities will be required to pay an even greater share of the project’s costs, but will not waiver in their commitment to protect and put to use our full allocations of Colorado River water.