Colorado River Shortage: Where We Are Right Now 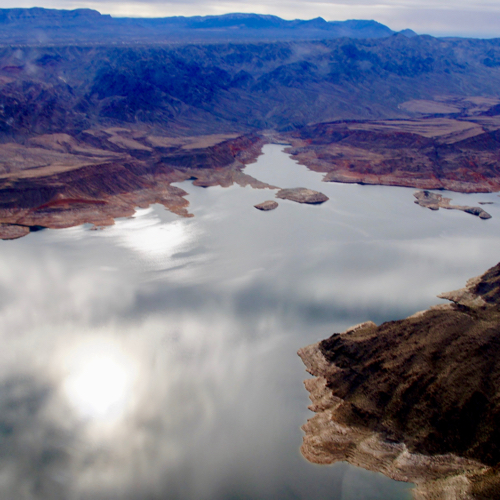 It is crucial for Arizona to avoid a shortage declaration of Colorado River water by the federal government because our state would take the first cut. Cities would still receive the same amount of water in an initial or tier-one shortage declaration, but any shortage declaration is bad for business because it negatively impacts public perception of our state. Arizona Gov. Doug Ducey has gathered the state’s economic forces from agriculture, industry, tribal communities and cities and directed them to ensure Arizona has solid management of its water supplies to fuel a growing economy. That means establishing policies that protect both Arizona’s Colorado River supplies and the state’s groundwater. The negotiations are formally known as the Governor’s Water Discussion. While the name is gentle, the approach and pace are not. The Governor expects these negotiations to produce solutions that can be presented to the State Legislature when it convenes in January.

Collaboration such as the Governor’s Water Discussion is often touted as key to Arizona’s successes in water management - and it is.  We just forget how messy and difficult collaborating can be. This certainly was the case when Arizona’s same economic forces came together to hammer out Arizona’s groundbreaking 1980 Groundwater Management Act. We are seeing the push and shove again this summer as Arizona wrestles with coming to a consensus that ensures the state’s water supplies are primed to support economic prosperity.

The Governor’s Water Discussion also is an effort to reaffirm the proper and cooperative roles of the Governor and the Legislature over Colorado River water policy.  We are all in a better position when one voice speaks for Arizona and those who use Colorado River water, from Yuma and Phoenix to Mohave County and Tucson.

A shortage declaration is based on the level of Lake Mead, the reservoir behind Hoover Dam on the Colorado River. If Lake Mead falls below a set level, then an official shortage is declared and cuts are made to states that share Colorado River water. The amount of water in Lake Mead has been hovering at a record low because of long-term drought and over-allocation to the states that share its water. Arizona has dodged a shortage over the last few years with Mother Nature’s help and by taking several initiatives to keep water in Lake Mead. Now the Governor wants to expand these voluntary efforts into a statewide plan to keep water in Lake Mead. Once interests inside Arizona have settled on a statewide plan, then Arizona will be able to support an agreement called the “Drought Contingency Plan” negotiated with California, Nevada and the U.S. Bureau of Reclamation. The Drought Contingency Plan is an inter-state agreement to protect the elevations in Lake Mead.

Reducing the risk of shortage by having the Drought Contingency Plan and an internal Arizona plan in place increases water certainty, which is crucial for our cities to continue to prosper. Now is the time for everyone with a stake in Arizona’s economic future to work with the Governor and the Legislature to develop the best tools to protect Lake Mead. Arizona needs a plan. Water supplies are too important to gamble on weather when one dry winter can push the Colorado River into a shortage. For years the water community has lamented over lack of leadership in forming water policy. Now that the Governor is providing leadership, some may want to detract from resolving the issues at hand by finding fault in the Governor’s process or questioning motives, but the water community by and large is currently optimistic.

Water professionals who have long been working on water issues—colloquially known as “water buffalos”—are appropriately named because we historically prefer slow deliberation, sometimes to our detriment. If we’re honest, slow plodding through details is one way to entrench parochial interests over what’s best for Arizona as a whole.

The Arizona Municipal Water Users Association (AMWUA) Board of Directors, which is comprised of elected officials from the 10 largest Valley cities, supports the Governor’s Water Discussion as a means to provide protection for our Colorado River water, which is key to our state’s economy. Gov. Ducey has given us an opportunity to develop real water solutions that strengthen Arizona now, fuel our economy and avoid shortage declarations. It is our opportunity to show again that collaboration can result in productive change, even if the process is messy and difficult.