Five Things You Need To Know Right Now About Drought 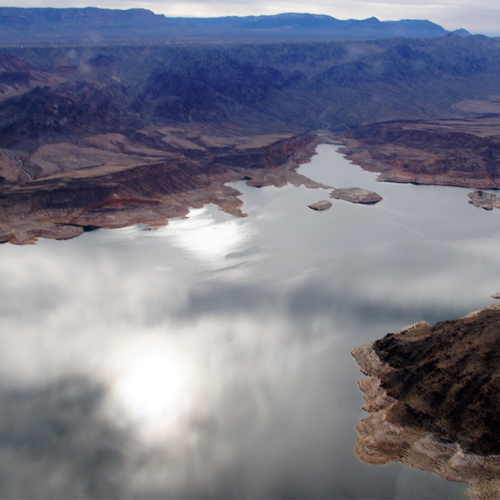 Ongoing headlines about drought in the southwest are confusing and often seem contradictory. Two weeks ago, a panel of experts advised the Governor's Office that Arizona's drought is not over and will last, at least, another year. After a rainy winter, that's a surprise for many people who follow the state's drought status maps. These monthly drought maps show no portion of Arizona remaining in "extreme" or "severe" drought. Then there is the conundrum created by the decline of Lake Mead, the Colorado River reservoir critical to Arizona’s water supplies. This winter’s heavy snow in the Rocky Mountains of Colorado and Wyoming means Lake Mead will receive enough water to avoid a shortage declaration. Yet, the Lake’s levels remain a source of great concern among water professionals. Oh, and why has California, but not Arizona, declared its drought over?

Here are five questions and the answers you need to know about drought to help you cut through the confusion.

A drought is not a moment in time. Drought is a cycle. Research shows that drought cycles and wet cycles in Arizona run 20 to 30 years. That’s why you hear water experts say: One rainy winter doesn’t end a drought. One rainy winter can temporarily ease “drought conditions” in some areas of the state. The current drought cycle began around 1996. If rainfall and snowfall continue to be above average over the next several years then Arizona’s climate experts would be more likely to call this drought finished. These same experts say there is a 50 percent chance of that happening. The wild card is climate change.

2. Why is Lake Mead still at worrisome low levels?

Lake Mead is a reservoir that contains Colorado River water behind Hoover Dam. The legal allotments of Lake Mead water given to states and communities outstrip the average amount of Colorado River water entering the Lake. Even without a drought, normal withdrawals of water from Lake Mead would cause it to fall an average of 12 feet every year.  The drought on the Colorado River Basin has exacerbated the situation.  Voluntary efforts by states that depend on Lake Mead have kept it from falling to a level where the federal government would declare a shortage. A shortage declaration would mean less Colorado River water would be delivered to Arizona. It would affect farmers first, but if Lake Mead levels fall farther, Colorado River water supplies to cities would eventually be cut.  So far, the Colorado River has been able to keep delivering, but living on the edge of shortage is unacceptable to water managers. The Arizona Department of Water Resources is working with the state’s cities, Native American communities, farmers and industries to voluntarily cut back on water taken from Mead. Once Arizona reaches an internal agreement it can finish negotiations with California, Nevada and Mexico to voluntarily reduce legal allotments of Colorado River water to match the reality of what the river can supply. Right now, Lake Mead is only 10 feet higher than it was this time last year. 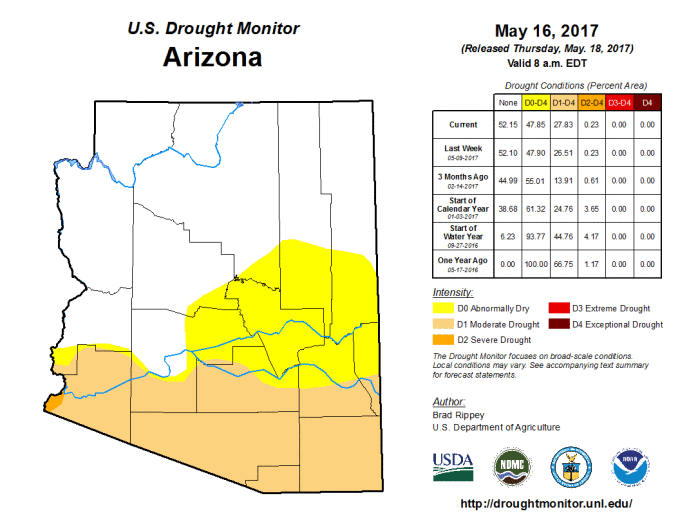 3. After 20 years of drought, why are Arizona’s water supplies not critically low?

Drought is a normal occurrence in our arid environment. Central Arizona has built, planned, and managed water supplies to ensure reliability during drought cycles.  Massive reservoirs capture water during wet periods for times when precipitation is scarce. The Arizona Groundwater Act of 1980 requires cities and farmers in the most populated areas of the state to implement conservation programs, protect the groundwater from over pumping and rely on renewable surface (river) water instead. The majority of the state's water supply comes from the Colorado River via the Central Arizona Project (CAP) and the Salt River via Salt River Project (SRP).  Virtually all wastewater is recycled and put to use, and water is stored underground for use in shortage.  A limited amount of groundwater is pumped from the aquifers for use, as well. Multiple sources of water allow cities to offset reductions in one or more supplies. For example, Arizona’s drought has reduced the amount of water in SRP reservoirs in the mountains east of Phoenix, but SRP has been able to offset possible shortages by pumping from its numerous wells. Arizona law requires Valley cities to offset every acre-foot of groundwater SRP pumps by recharging (or returning water to) the aquifers from their renewable water supplies, such as extra Colorado River water (ordered but not immediately needed) or recycled wastewater. This keeps the Valley’s aquifers in good condition and hedges against shortages. 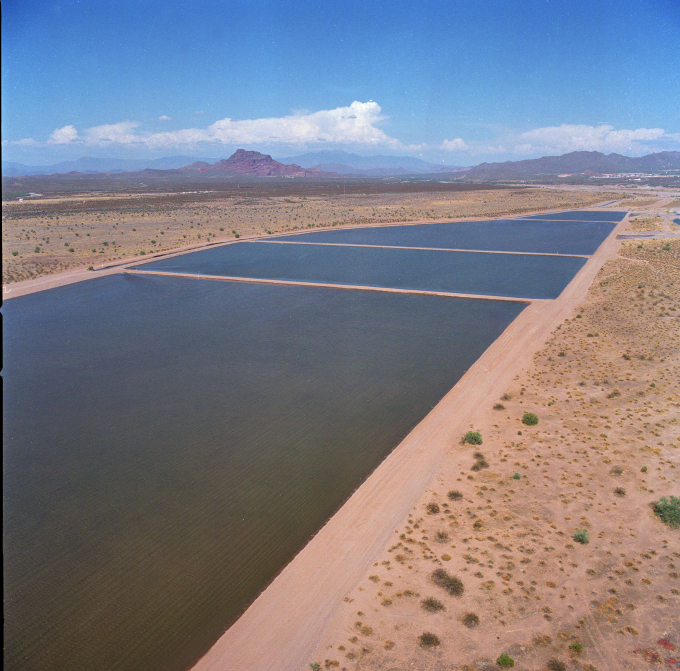 4. So, if we’re in good shape, do we still need to conserve water?

We live in a desert. Long-term, ongoing conservation efforts are something AMWUA member cities promote tirelessly, and for good reason. Drought is an uncontrollable weather phenomenon and the impact of climate change is unknown. Our groundwater supplies are finite. Once used, aquifers replenish over decades, not years, and usually not to previous capacity. Using less water on a daily basis means leaving more water in the ground and storing more water for a time when river water supplies are short. If shortages were to prevent cities from meeting normal, everyday demands for water, all AMWUA cities, by law, have shortage-preparedness plans ready to go. These plans are designed to incrementally reduce water use to bring demand in line with available supplies while protecting our quality of life and the economy. Despite that, no city wants to declare a water shortage. So for now, keep taking those short showers, keep watering those shade trees efficiently, and keep using water wisely. Your city will let you know when it needs more help.

5. Why is Arizona drought continuing while California has declared that its drought is over?

California has declared an end to the drought’s State of Emergency, but that doesn’t mean it is entirely out of the drought that has gripped the state since 2012. Due to the economic impacts of ongoing drought, record low reservoir levels, and snowpack at 20 percent of normal levels, California’s governor declared in January 2014 a State of Emergency. In January 2015, with no end to drought in site, cities and towns across the state were required to reduce water use by 25 percent. Recent record-breaking precipitation freed the northern part of the state from drought and refilled the majority of reservoirs, allowing the state to rescind the mandatory water use reductions and lift the emergency declaration for all but four counties. However, almost half the state remains in severe drought.

Arizona’s current drought began around 1996.  Arizona’s Drought Emergency Declaration has been in effect since June 1999 and still remains in effect. We haven’t yet seen enough wet weather across the state to lift either the drought or the declaration.