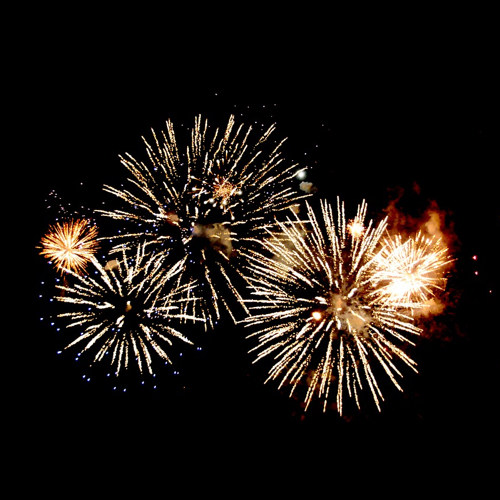 Independence Day. However you celebrate - whether by the pool or watching fireworks with your favorite drink in hand - it is an excellent opportunity to contemplate what we often take for granted, such as affordable, safe water. Today we have safe drinking water at a reasonable cost delivered right inside our homes and businesses.

During the first century of our history, getting water often involved hauling it short or long distances in all types of weather. By the mid-1800s many cities had built centralized water systems, though most Americans did not enjoy indoor plumbing. During this period, pipes for water systems were made out of wood.  Even though iron pipes began to be used in the early 1800s, wood continued to be the more prevalent piping material. In the early 1900s, 30 miles of redwood pipeline brought water to the Phoenix area from the Verde River. It was not until after 1927 that the redwood pipelines began to be replaced with concrete pipes.

In addition to the challenges of distributing water, people who operated early American water systems knew little about contaminated water. This created health issues for people.  In the 1800s, American cities were frequently hit with outbreaks of disease, such as cholera and typhoid.  In the 1850s, a link was made between contaminated water and disease.  Water treatment plants were built that used slow sand filtration and public health improved.  In the early 1900s, treatment plants began using chlorination, which led to an even more dramatic drop in water-borne diseases.  Today, the AMWUA cities deliver high quality drinking water because they invest in state-of-the-art treatment plants and dedicated professional operators.  This remains quite the achievement when you consider that clean water is still a luxury in many parts of the world.  Today, Water for People reports that 1.8 billion people around the world lack access to safe water and 2.4 billion do not have adequate sanitation.  More than 840,000 people die each year from water-related diseases.

Historically, even in the United States, the conveniences of safe water and indoor plumbing have been the exception rather than the rule. In the 1830s, citizens were amazed when hotels in Boston and New York began offering indoor communal bathrooms to guests. In 1871, Tucson could boast a population of 3,000, a newspaper, a brewery, two doctors, a number of saloons, and one bathtub.  Indoor plumbing did not become an expected feature in all American homes until well into the 20th century. 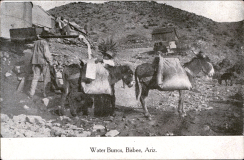 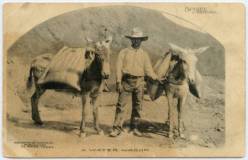 The availability of water was key to the settling of the West.  In Arizona, the Salt River Project was able to move water from miles away to guarantee the settlements in the Phoenix area thrived.  With water from the Salt and Verde River system and the Colorado River, the AMWUA cities have put together strong water portfolios to make water available to the millions of us who live here.  It takes thousands of miles of pipe running underground to deliver water to our homes. Each AMWUA municipality - Avondale, Chandler, Gilbert, Glendale, Goodyear, Mesa, Peoria, Phoenix, Scottsdale and Tempe - has hundreds of dedicated water professionals who operate and maintain its water systems to ensure we have water whenever we need it.

We also enjoy this plentiful high-quality water at a reasonable cost.  In the late 1800s, burros would transport water from springs to the small number of residents in Tucson.  Vendors would sell the water for about five cents a gallon.  Today, clean water delivered to your home and work costs, on average, one-third of a penny per gallon.  And no burro has to deliver the thousands of gallons of water most residents use each month.

So as you enjoy this Fourth of July with your family and friends, imagine how different your celebration would be if affordable, safe water did not flow from your indoor and outdoor faucets.  Give a shout out for the freedoms we enjoy in the United States.  And remember to add a cheer for the water we enjoy due to the hard work and effort of many individuals at your water utility, both past and present.

Tucson information is from The Book of Tucson Firsts by Larry Cox (1998).