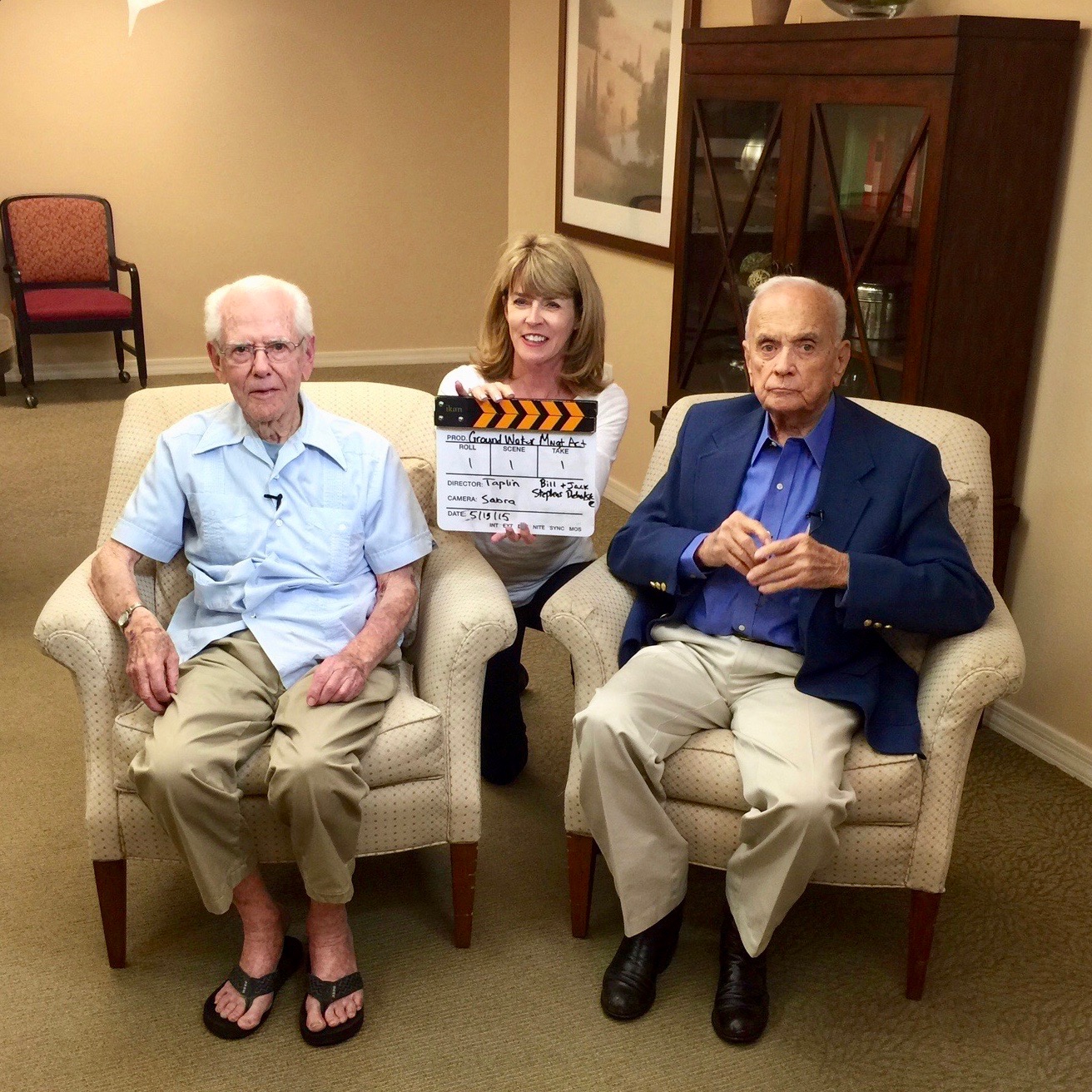 The desert cities in Central Arizona have withstood 22 years of ongoing drought without imposing emergency conservation measures, such as those California ordered in 2015. Much of the credit goes to a groundbreaking piece of legislation called the Arizona Groundwater Management Act. The 37-year-old law is responsible for Arizona’s reputation as a leader in water management. The true story of how this law was negotiated, written and passed is the subject of a 2015 documentary called Groundwater: To enact a law for the common good. Unlike many documentaries about water, this one is often humorous as former power brokers explain the rancor and slippery tactics that lead to the story’s happy ending.

A Little Background: Groundwater is found in aquifers beneath our feet, where it has accumulated over millions of years.  Very little groundwater is naturally replenished in Arizona and the southwest, and as groundwater is depleted, wells must be drilled deeper and deeper to reach water. Ultimately, the aquifer will go dry. Before 1980, Arizona’s growing cities and expanding agricultural and mining industries were pumping groundwater at an alarming rate, and it became obvious that the state could not build an economy on the unregulated use of a finite water supply.

The 1980 Groundwater Management Act addressed this problem in central Arizona by prohibiting the expansion of farmland, requiring an assured 100-year water supply for new residential development, limiting the drilling of new wells, and imposing mandatory conservation requirements. With these measures in place, groundwater depletion in central Arizona has been slowed dramatically.

Political Showmanship: The Groundwater Management Act was the culmination of nearly three years of negotiations that required the political and economic giants of the time - mining, agriculture and growing municipalities - to agree to a plan that regulated their water use. The idea of these special interests reaching an agreement then was about as likely as it would be today. Defying the odds, they found a way. The proposed agreement went to the Legislature with another gamble: pass it as written without amendments or don’t pass it at all. The Act passed.

Groundwater: To enact a law for the common good tracks this political drama and has become a cult classic in the water world since its October 2015 premiere at the Phoenix Art Museum. Arizona PBS aired the 30-minute documentary in 2016 and it just became available on Amazon, iTunes, YouTube and Google Play.

Making the Movie: The film was produced by a partnership of knowledge and art. Attorney and former AMWUA Executive Director Kathleen Ferris contributed her expertise earned through decades of shaping Arizona water law, including her 1977 appointment as Executive Director of the Groundwater Management Study Commission. Writer and director Michael Schiffer supplied talents honed by decades of film writing, including Colors, Lean on Me, and Crimson Tide and the video game, Call of Duty. Together they raised the documentary from oral history to a story of how political intrigue and leadership saved the state’s groundwater.

The idea for the film came from the late Jack DeBolske, who served 40 years as the executive director of the League of Arizona Cities and Towns and, simultaneously, created and led the Maricopa Association of Governments. He was at the table throughout the groundwater negotiations and a few years ago called Kathleen to ask about making a record of the event. He knew it was Arizona history worth saving.

Kathleen struggled with just how to record this history until Michael pushed her into co-producing a documentary, a process she knew nothing about. It was May 2015 when Kathleen began tracking down and interviewing her old friends and colleagues, including former U.S. Senator Jon Kyl and former Arizona Governor and U.S. Secretary of the Interior Bruce Babbitt.  At that point, Michael took over the storytelling and directing to turn 20 hours of interviews and exhaustive searches of Arizona's archives into an entertaining 30-minute story.

Kathleen’s only regret is that she didn’t make the film sooner. Several key players in the negotiations were already gone, but Kathleen interviewed Jack DeBolske for the film and he saw the final product before passing away in July 2017.

Living Another Critical Moment: While the protagonists of Groundwater: To enact a law for the common good were successful, the mission they began isn’t over. As the film points out, Arizona is once again at a point where compromise and leadership are needed to assure the state will continue to have reliable water supplies. Once again, during one of the driest winters in the Southwest’s recent history, the state’s biggest political players are around the table negotiating how best to protect water supplies for the common good. Once again, a positive outcome seems difficult to imagine, which is why recording our history is so important. Groundwater: To enact a law for the common good acts as a warning, a guide and a testament that sometimes the impossible is possible.