Growth And Conservation: Where Do You Draw The Line? 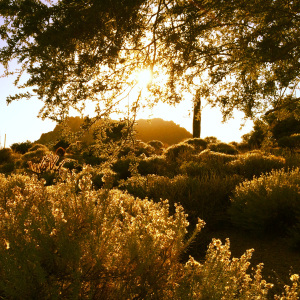 During the last few decades, cities in the Phoenix Metropolitan area became bustling economic centers providing jobs and homes for millions of new residents. Development spread across what had been farmland, orchards, and virgin desert.

Despite enthusiastic development, city officials worked to preserve open spaces, distinctive desert trees and plants, and water supplies. It was never an easy balance and cities learned to become very practical conservationists. For example, here is a brief description of three conservation ordinances adopted by the City of Scottsdale. 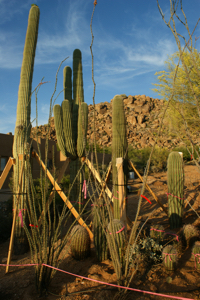 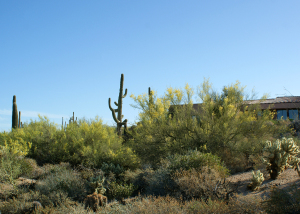 The cities have led in smart development strategies, but their work is never over. While some environmentalists say cities are not doing enough, some developers continue to work against the cities’ efforts to conserve.

Here’s a recent example: During the last session of the Arizona Legislature a bill (HB2570) was introduced that would strip cities of their power to require developers to save some native trees and plants and to require drought tolerant landscaping. While this is hard to imagine, particularly after 15 years of drought, the bill initially met with little resistance and is expected to reappear next year.

As the drought continues, wise water use in our desert environment becomes even more critical. All of us must do our part, including the development community. Stripping cities of important water management tools is counter-productive and just plain wrong.