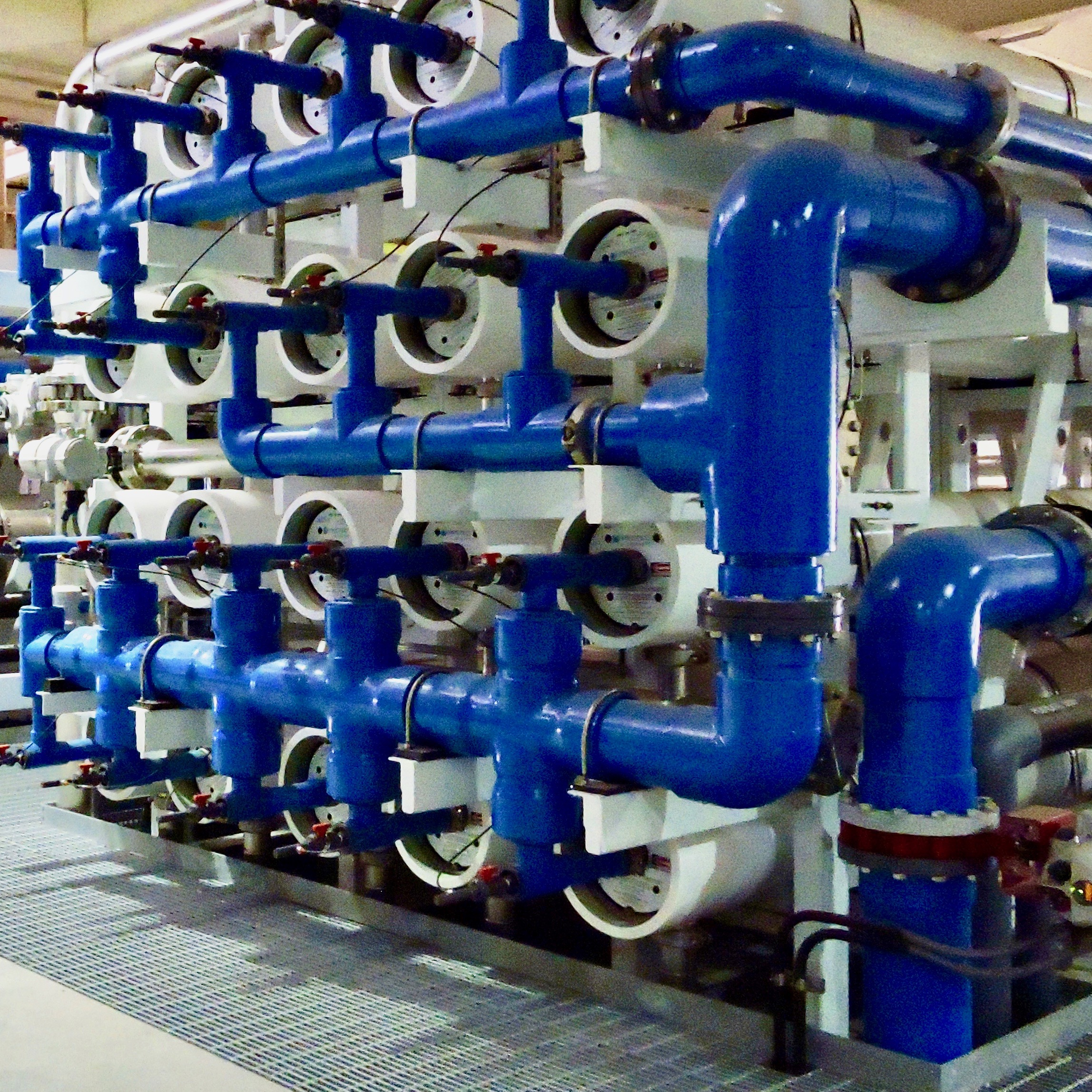 The City of Scottsdale operates a water treatment plant that converts raw sewage from the city’s homes and businesses into purified water in less than 12 hours. The Advanced Water Treatment Plant at the Scottsdale Water Campus has been recognized internationally as one of the world’s most innovative water purification projects. Scottsdale built the Advanced Water Treatment Plant to accommodate growth in the northern part of the city. The purified water, which is comparable in quality to bottled water, is used to recharge the aquifer beneath the Water Campus and to irrigate Scottsdale golf courses and sports fields. What’s even more surprising is that this innovative facility celebrates its 20th anniversary this year.

In the mid 1980s, developers were beginning to talk about building large golf course communities in north Scottsdale. The problem was water. In 1980, the state passed the Arizona Groundwater Management Act to protect its aquifers. The law prohibited new golf courses in populated areas from drilling new wells. In 1981, Scottsdale also passed an ordinance prohibiting golf courses from using drinking water to irrigate greens. The solution was to treat the city’s wastewater and use it to irrigate golf courses and promote development in north Scottsdale. At the time, the city had a few small wastewater plants that produced water to irrigate golf courses. Most of the city’s wastewater went to the 91st Avenue Wastewater Treatment Plant in Phoenix. The plant is operated by Phoenix, but owned by five cities, including Scottsdale. Each city is under contract to send a certain amount of wastewater to the plant, which then ships it via an underground pipe to cool the Palo Verde Nuclear Generating Station.

Scottsdale considered building a new wastewater treatment to meet the demands of new growth in the northern expanses of the city, but a standard treatment plant wouldn’t work. The need for watering golf courses and other green spaces was higher in the summer but dropped considerably in the winter. The unused treated water would have to be stored in the aquifer beneath the plant, which contains water pure enough to drink. If Scottsdale wanted to store water underground, Arizona law required the water to be equal or better than what was found in the naturally existing aquifer. The city would never use the treated wastewater for drinking but it would have to be purified to drinking water standards before it could be used to “recharge” the aquifer. This type of wastewater purifying plant is a complex project today. In the 1980s, it was hard to imagine.

In 1989, Scottsdale residents passed a bond, part of which financed a design concept for the Advanced Water Treatment Plant and by 1992 the city started identifying possible locations and developing a design. The design wasn’t the Advanced Water Treatment Plant’s only complex innovation. The golf course developers who wanted to use the purified water would have to partner with the city to help pay for the treatment plant. The partnership contracts involved a complicated scheme of buying allocations of Colorado River water at retail prices and deeding the water back to the city in return for the purified recycled water. Scottsdale expected it to take a decade or two to find enough golf course developers interested in partnering with the city. Instead, developers bought up the rights to the purified recycled water within 18 months. Today, the Advanced Water Treatment Plant has 23 golf courses partners.

Purifying wastewater was such a new concept that the construction of the plant started by building a small pilot project facility. For a few years, this facility was used to research technology for the plant and to train operators. The city broke ground for the Advanced Water Treatment Plant in April 1997 and its first day of operation was in October 1998.

Over the past 20 years, the plant has expanded several times. With each expansion the city upgraded the plant’s technology allowing the facility to produce additional water and more-highly purified water within a smaller footprint. The water not only meets today’s drinking water standards but is capable of eliminating most “emerging contaminants.” These are possible water contaminants being researched by the U.S. Environmental Protection Agency but not yet regulated.

The Advanced Water Treatment Facility now has the capacity to produce 23 million gallons a day (MGD) of purified water. It is processing an average of 14 MGD. Over its lifetime, the facility has restored 65 billion gallons of water into the Scottsdale area aquifer. This is accomplished by injecting water from the plant into the ground just above the aquifer, which is called the “vadose zone.” The plant has the largest vadose zone groundwater recharge well field in the world.

All AMWUA cities clean and re-use their wastewater. Nearly 100 percent of what was once wasted effluent is treated by the cities and put back to use.  In addition to water sent to the Palo Verde Nuclear Generating Station, cities also use treated wastewater to irrigate parks, create fishing lakes and wetlands, or to recharge their aquifers. Wastewater is a renewable water source, most often called recycled water or reclaimed water. All reclaimed water used in parks, golf courses, HOA common areas, school playgrounds or church campuses is treated to what the state deems as A+ quality. Grade A quality means the water is treated and disinfected until there are no routine, detectable disease-causing bacteria. It moves up to A+ when the treatment process also removes nitrogen compounds, which can contaminate groundwater.

Scottsdale’s Advanced Water Treatment Plant goes one giant step further and remains the state’s only wastewater treatment plant to produce purified drinking water, although the city does not anticipate a need to use the water for drinking. Just this year, the Arizona Department of Environmental Quality (ADEQ) offered utilities the opportunity to apply for a permit to build a wastewater plant that purifies water to drinking standards and to use the water as a drinking water resource. Scottsdale water employees are now helping the state to refine guidelines for this new permit. No city has applied for the permit - yet.