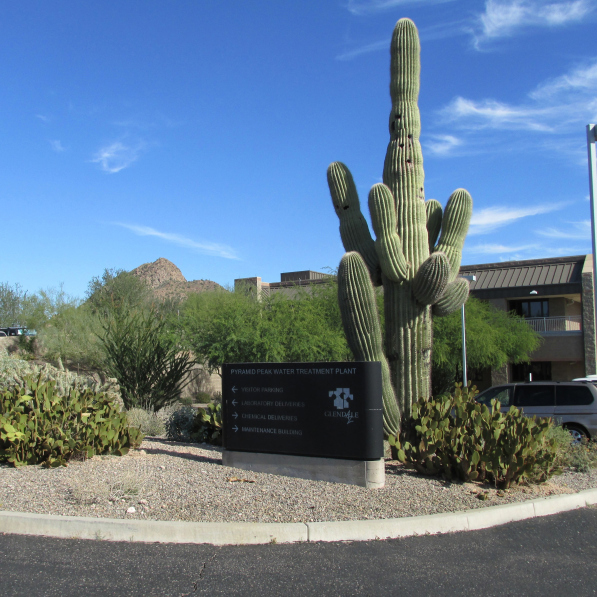 Valley cities treat two kinds of water for drinking: most of it is surface water, which is Colorado, Salt and Verde river water delivered by canals, and some groundwater pumped by wells. Cities also treat and recycle wastewater. The treated wastewater is stored underground for future use and also used to irrigate large expanses of turf, such as at schools, parks and golf courses. One of the Phoenix Metropolitan area’s oldest joint water projects is the 91st Avenue Wastewater Treatment Plant built in 1968. It is operated by Phoenix but owned and used by AMWUA’s five original member cities: Glendale, Mesa, Phoenix, Scottsdale and Tempe. Most of the treated wastewater this plant produces is shipped through a pipe to cool the Palo Verde Nuclear Generating Station 36 miles west of the plant. 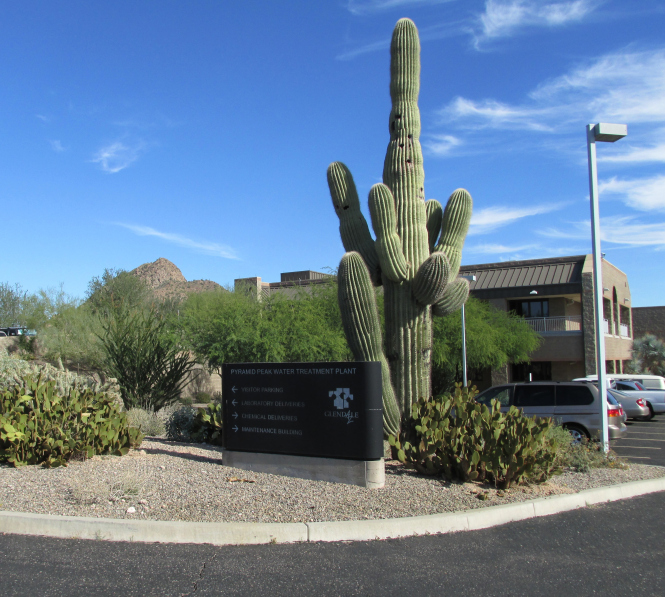 For the next 50 years, joint water and wastewater plants were built all over the Valley to expand capacity, reduce costs and add redundancy. Water professionals are never satisfied with “enough” water. Cities build redundancy into their water supplies and systems to ensure water flows to their residents and businesses despite shortages, infrastructure failures or large fires. For example, the City of Peoria’s goal is to have a six-year supply of water stored underground and the city is about two thirds of the way to meeting that goal.

Right now, the cities of Peoria and Glendale are working on an upgrade and expansion of a water treatment plant they jointly own just north of Happy Valley Road near N. 63rd Avenue. Pyramid Peak Water Treatment Plant was originally built by Glendale in 1986 to provide drinking water to homes and businesses on the city’s growing north end. 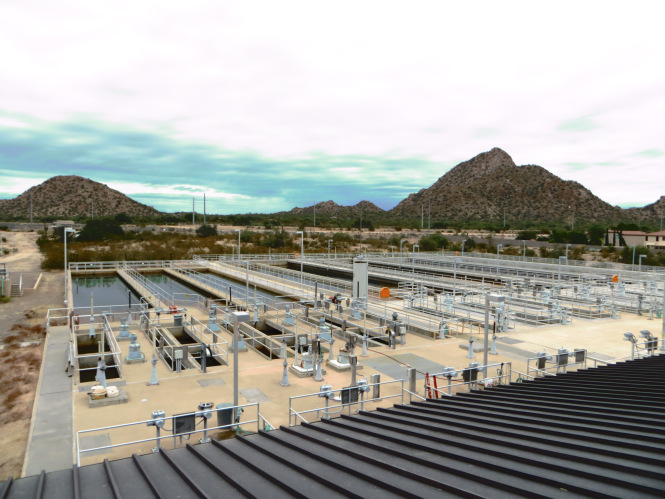 In 1996, the City of Peoria needed to bring its allocation of Colorado River water through the Central Arizona Project (CAP) canal to the homes and businesses growing on its north end. Peoria already had the Greenway Water Treatment Plant where it treated its supply of Salt and Verde river water (delivered by Salt River Project) and had numerous wells located throughout the city.

Peoria faced the expense of building, staffing and operating its own plant, including the extended process needed to create a separate turnout into the CAP canal. Seeking a better solution, Peoria approached neighboring Glendale with a plan. Peoria would pay Glendale to expand the existing Pyramid Peak Water Treatment plant to increase production from 30 million gallons per day (mgd) to 39 mgd.  Peoria paid for and received the capacity to produce drinking water at the rate of 9 mgd and meet Peoria’s current and future needs. Glendale would continue to operate the plant but the two cities would be co-owners and share operating costs proportionally. The agreement was signed May 15, 1996 and the expansion completed by July 21, 1998.

Last year the cities signed an agreement to once again expand Pyramid Peak Water Treatment Plant. The new expansion will produce an additional 15 million gallons per day (mgd) to serve Peoria’s growing northwest neighborhoods. This expansion will increase the plant production from 39 mgd to 54 mgd.  The entire project includes the expansion and upgrades to the existing facility and will cost about $72 million. Glendale and Peoria will proportionally share the $22 million cost to replace and upgrade the older equipment in the plant, such as pumps and tanks. Peoria will pay $50 million for the expansion and fund this part of the project through the Water Infrastructure Finance Authority (WIFA). WIFA is a small federal agency that provides revolving loans to utilities to improve, build or expand water infrastructure.

Glendale held its first open house in April to gain input from the plant’s neighbors. The cities expect construction to start in the summer of 2019 and the plant to be operating by the summer of 2021. This partnership is just one more example of how water professionals consistently collaborate to solve large and small water challenges.