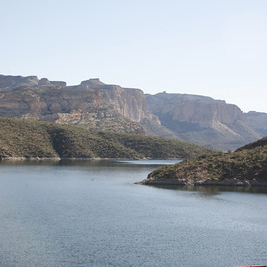 The Salt River has served the Valley since the ancient Hohokam people settled here in the year 300 A.D. These Native Americans built a 500-mile canal system that brought river water into their villages and fields for the next 1,000 years. They vanished around 1450.

The Hohokam had been gone nearly 400 years when an 1860s gold rush attracted fortune seekers to the Salt River Valley. Among them was Jack Swilling, an ex-Confederate cavalryman, who saw an opportunity to use water from the Salt River via canals to grow crops. He sold those crops to miners and the U.S. Calvary stationed at Fort McDowell.

Individuals, private companies, and associations started digging dozens of ditches trying to replicate Swilling’s success. The luckiest of these ventures lasted 30 years. Then came the same natural phenomenon that historians suspect pushed the Hohokam from the Valley: drought. The Salt River could no longer provide enough water for all the canals and thousands of acres of crops withered. Like the Hohokam, hundreds of pioneers left the desert village. 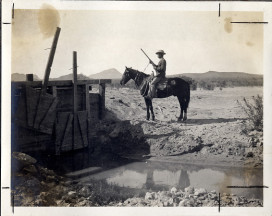 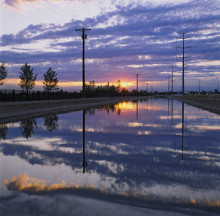 To thrive, Phoenix needed a dam that would collect and store river water in the mountains to the north and east. The 1902 National Reclamation Act provided Phoenix with federal loans to build two dams on the Salt River, Theodore Roosevelt and Granite Reef Diversion. The federal government also bought out the ditch companies and connected all the canals into one system.

Roosevelt Dam provides both a reservoir and hydropower. The Roosevelt Dam began supplying hydroelectric power to a copper mine in 1912. To increase its power capacity, SRP built three more dams along the Salt River before 1930. By 1946, SRP had built two dams on the Verde River. (These dams do not generate hydropower.)

After World War II the Salt River Valley was rapidly turning into an urban center that needed water for residential customers, rather than solely ranchers and farmers. In 1952, the City of Phoenix established the first contract with SRP to divert water from its canals to treat and deliver to homes. By 1984, SRP was delivering 55 percent of its water to Valley cities.

The Salt and Verde rivers flow into Roosevelt Lake behind Roosevelt Dam. The reservoir can hold 1.6 million acre-feet or enough to meet SRP contracts for two years.

SRP serves water to a 375-square-mile area and electricity to more than 1 million customers. The total SRP system today is about 55 percent full – just about the same as one year ago. In this 16th year of drought, the January-to-May snowmelt into the Salt and Verde rivers was below the median flow for the sixth consecutive year. The bright spot? The Phoenix metropolitan area has reduced its demand for water over the last 20 years.

What It Means To You

The Salt River and the Colorado River provide the AMWUA cities with a robust water supply. SRP makes up 53 percent of the water portfolio for the 10 largest cities in Maricopa County.  Having more than one source of water means a stronger economy for the Valley and a more reliable source of water for you.

SRP is unique to Arizona. We are all stewards of the Salt and Verde rivers. The watershed and forests that created and nurture these water sources must be managed well. We all have a responsibility to protect our watershed and forests, whether through making certain our actions do not cause a fire when camping or getting involved in forest restoration efforts. The health of our forests impacts the quality and sustainability of our water.