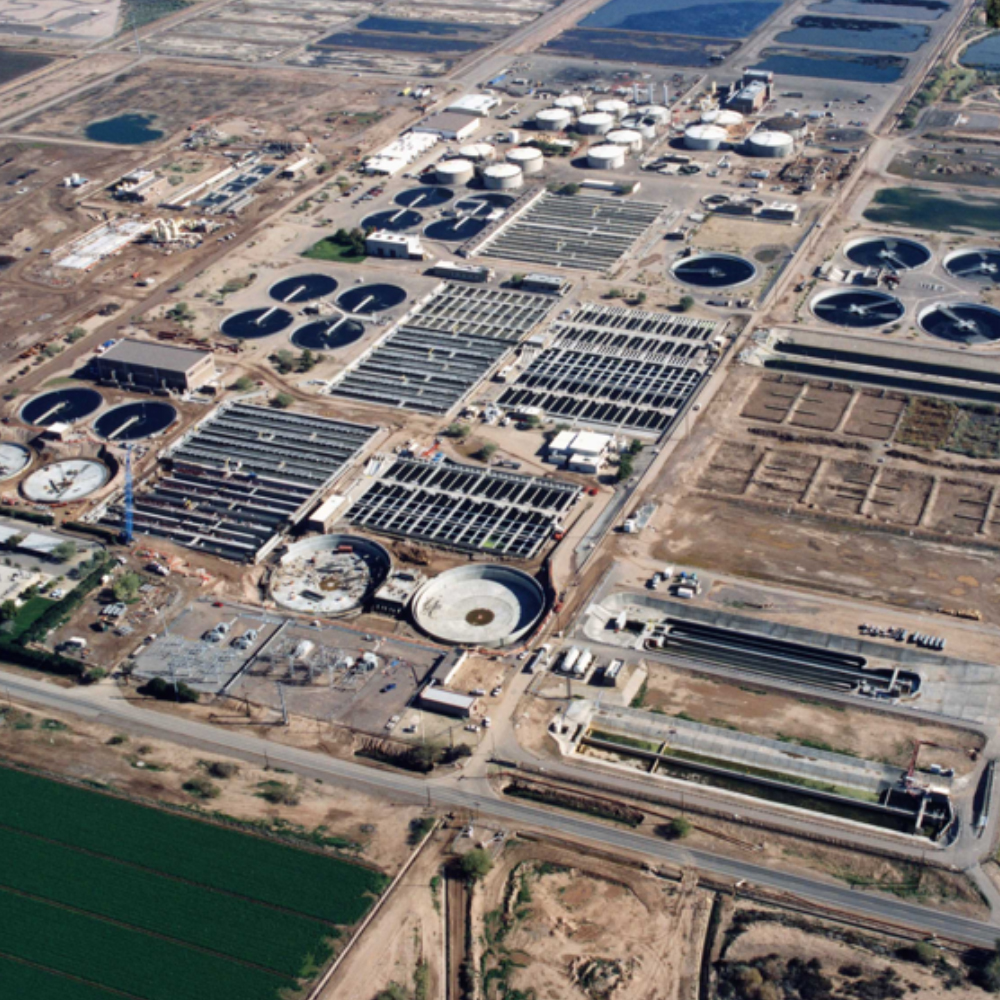 Transporting and processing wastewater for 2.5 million people is not a small undertaking which is precisely why an innovative partnership between five of the AMWUA cities is vital to keeping things flowing.

The Sub-Regional Operating Group (SROG) is a unique partnership between Phoenix, Glendale, Mesa, Scottsdale, and Tempe, who collectively own the 91st Ave Wastewater Treatment Plant, the largest of its kind in the entire Southwest region. The facility which began operations in 1958, has since seen development and expansion to meet the increasing needs of the growing cities. It now treats an average of 140 million gallons of wastewater a day with a capacity to process more when required.

While SROG cities own other individual treatment facilities, the shared ownership of the 91st Ave Treatment Plant brings collective efficiency and cost-savings. It has allowed the cities to streamline operations and minimize added costs of investing and expanding their current operations to meet the on-going population growth. However, when they do need to plan for occasional repair and expansion projects within their city facilities, wastewater can be diverted to 91st Ave. As an ‘end-of-the-line’ plant, the SROG treatment plant must continually maintain operations every hour of every day. This allows the individual city undertaking the repair or expansion project to take their plant completely or partially off-line for the short-term, ensuring efficiency and preventing any disruption in service.

With the goal of continued innovation and sustainability, everything that enters the 91st Ave Wastewater Treatment Plant is reused as the cities understand the value of maximizing every drop. After treatment, the recycled water is used for the following:

However, the reuse at 91st Ave does not end there. A major benefit of the facility to the SROG cities is that it is capable of processing large amounts of solids that are extracted from all the wastewater transported to the joint facility. This accounts for a bulk of 91st Ave’s operations as the individual cities send their large quantities of solids there for cost effectiveness. After those solids are extracted and dried, they are transported to local farms for use as fertilizer on any non-edible crops, once again highlighting efficiency in recycling and reuse.

Until earlier this year there was one remaining element of the process that was not being utilized to its full reuse potential - the methane naturally produced by solid waste, human or organic, as it decomposes. Previously that methane had been burned off into the atmosphere. In April with the official opening of a new renewable natural gas (RNG) plant through a partnership with Ameresco, the methane is now upgraded to natural gas, which brings environmental benefits by reducing their collective carbon footprint with reduced emissions. In addition to the environmental benefits, this renewable energy resource will also bring economic benefits to the SROG cities from Ameresco for the purchase of the raw biogas generated at the wastewater treatment plant.

The 91st Ave Wastewater Treatment Plant is indeed a multipurpose facility and therefore daily operations are not simple. To streamline that process and ensure consistency, the jointly owned facility is solely operated by the City of Phoenix, with regular involvement with staff members from the cities through a variety of SROG advisory groups that discuss operations, finance, engineering, and planning. In addition to the roles the cities play, a dedicated AMWUA staff member provides management services including accounting, financial and administrative services, as well as ensuring the SROG cities are operating in accordance with their joint agreement.

With innovation and sustainability as a continual priority for all the AMWUA cities, SROG is a great example of how they are achieving that. Recycling wastewater may not be a viewer-friendly process, but the end result of that total reuse does benefit us all. Meaning, our regular contributions are not wasted.

Sign Up Now
For Email Marketing you can trust