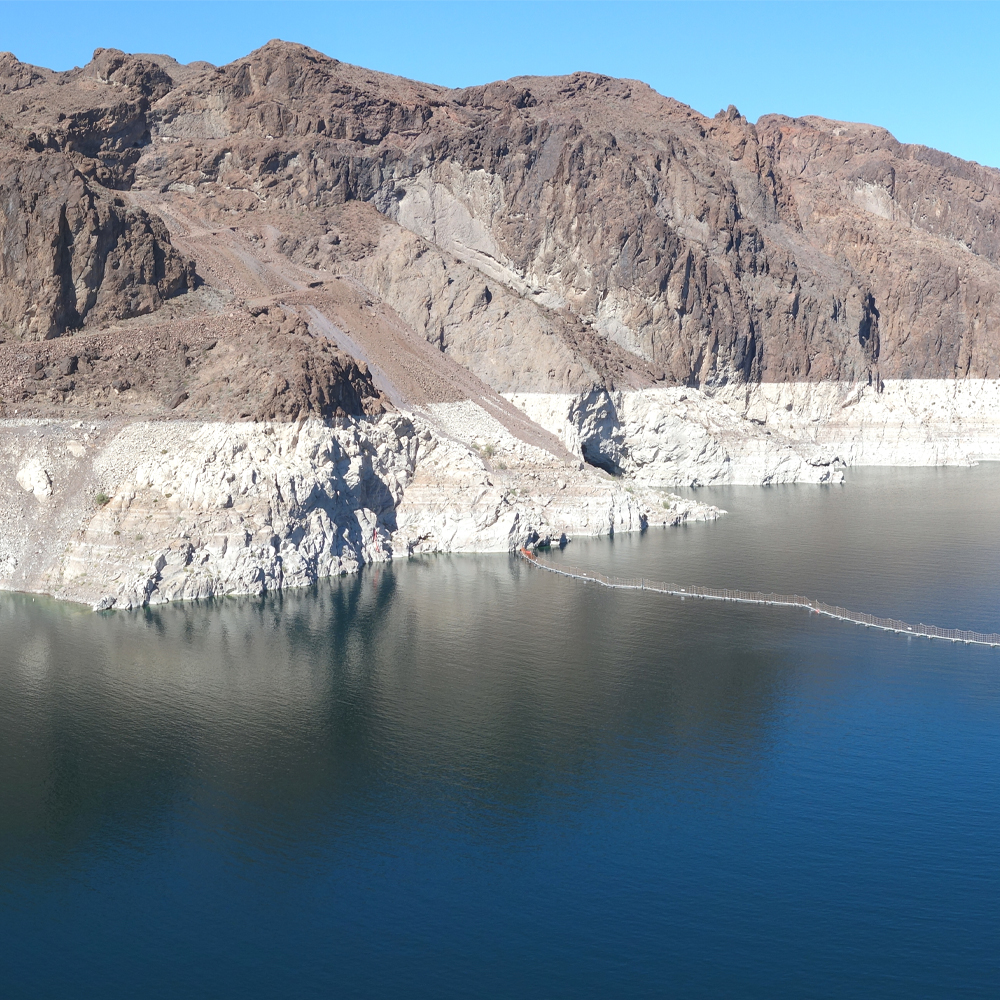 Above-average snowfall in the Rockies combined with the effect of the Drought Contingency Plan (DCP), which ensures more water remains in Lake Mead, means the over-taxed Colorado River is projected to avoid a Tier 1 shortage once again in 2021. This is good news for Arizona, and during this tumultuous time of dealing with a pandemic, any form of positive news is worth noting.

Last week these findings were released as part of the United States Bureau of Reclamation’s report, known as the April 24-Month Study, which is central to how the Colorado River is managed. Its contents can impact the water supply used by millions of people who rely on the Colorado River including here in Central Arizona. 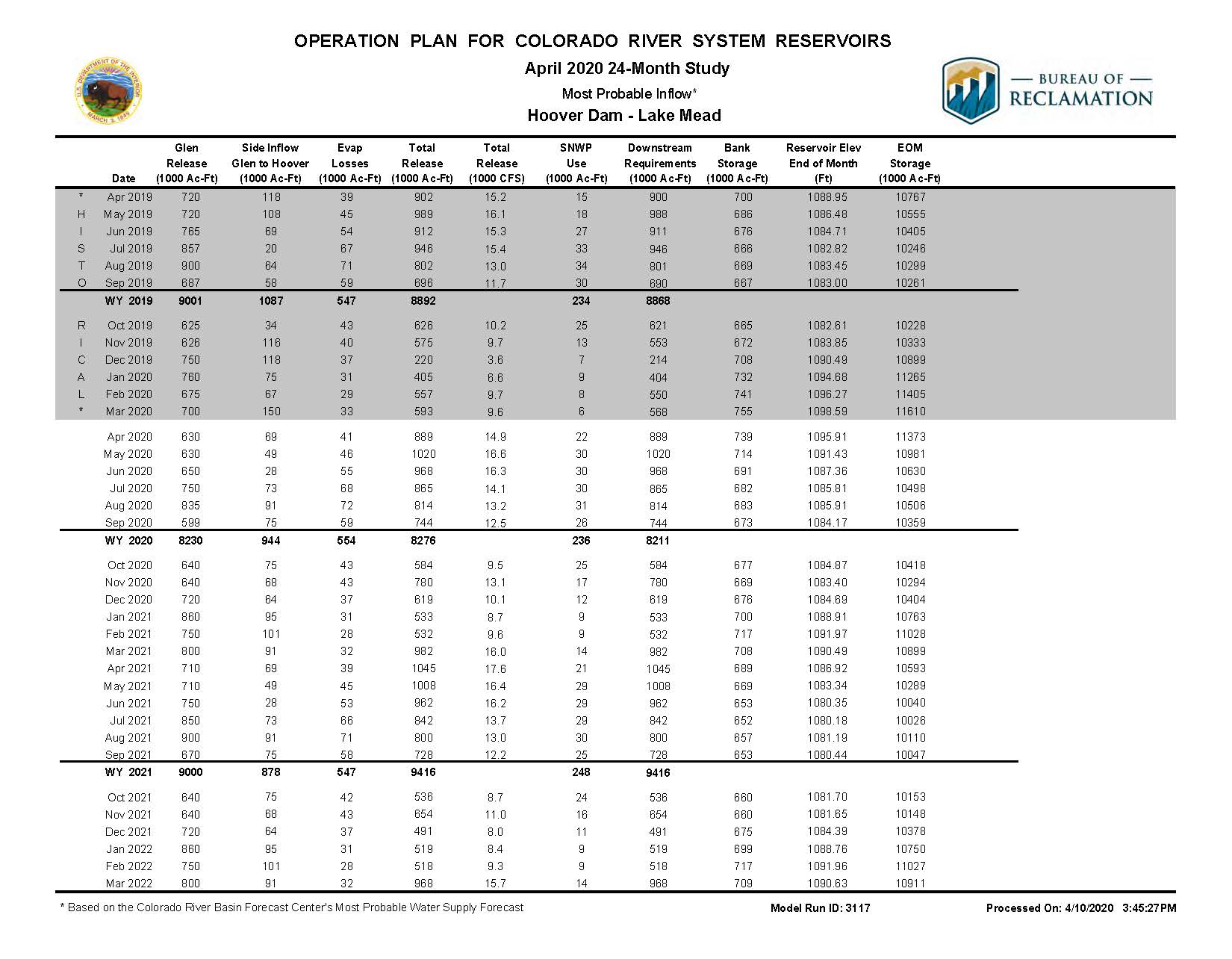 The Bureau of Reclamation releases a 24-Month Study around the middle of each month. It is exactly what it sounds like - a study, or forecast, of reservoir conditions along the Colorado River for the next 24 months. The report, consisting of dense tables of numbers with a brief, and technical introduction, contains a wealth of information from reservoir levels to power generation estimates, to inflows and releases from the various dams along the river.

The April and August editions are the two most significant because of an agreement among the seven Colorado River Basin states and the U.S. Bureau of Reclamation, referred to as the 2007 Interim Guidelines.

The annual cycle for managing the Colorado River system and its water supply begins with the August 24-Month Study. Based on the 2007 Interim Guidelines, the August edition will forecast the elevation of the water level in Lake Mead on December 31 which tells the U.S. Secretary of the Interior whether they must declare a shortage the following calendar year. Under these same guidelines, lake levels from the August study also tell the Bureau of Reclamation how much water must be released from Lake Powell to Lake Mead during the following water year, which is from October 1 to September 30.

This winter the Upper Basin of the Colorado River system experienced around average snowpack (107%) this year, and the April-July inflow into Lake Powell is expected to be 78% of average. The below-average projection is due to extremely dry conditions in the basin during October and November of 2019.

The study shows Lake Mead’s levels will be just below the 1090’ mark come January, which projects the system will remain at Tier Zero for 2021 as well as in 2022. While Tier Zero does require a mandatory reduction of 192,000 acre-feet in Arizona’s Colorado River water supply, the volume of that reduction is very similar to what Arizona water users have already been voluntarily conserving in Lake Mead since 2015. As a result of this water stewardship, Arizona is already prepared to manage the impacts of Tier Zero.

So what does this all mean for us here in the Valley?  Simply this:

There will be no immediate impact to our municipal water supplies, so a shortage on the Colorado River does not mean shortage at your tap.

Valley cities have been preparing for a shortage on the Colorado River for decades and will continue to do so, as long-term preparations mean a more secure water future.

We all need to use water wisely to increase our resiliency for the long-term because conservation and efficiency are our way of life in the desert.

There is no doubt that these latest projections bring some short-term relief and highlight the immediate impact of DCP, but we must not lose sight of the big picture which lies well beyond this most recent outlook. With that in mind, strong water management, conservation, and efficiency will remain priorities for the AMWUA cities. Long-term planning remains at the forefront, and we, as residents, can also do our part to ensure we are ready for a drier future by using water wisely, building drought-resistant landscapes, and making conservation our way of life. We know that every drop counts and it increases our collective resiliency for the long-term, especially here in the desert, where the only thing that remains predictable is our arid climate.

For over 50 years, Arizona Municipal Water Users Association has worked to protect our member cities’ ability to provide assured, safe and sustainable water supplies to their communities. For more water information visit www.amwua.org.