Time For Low-Flow Toilets To Take A Bow 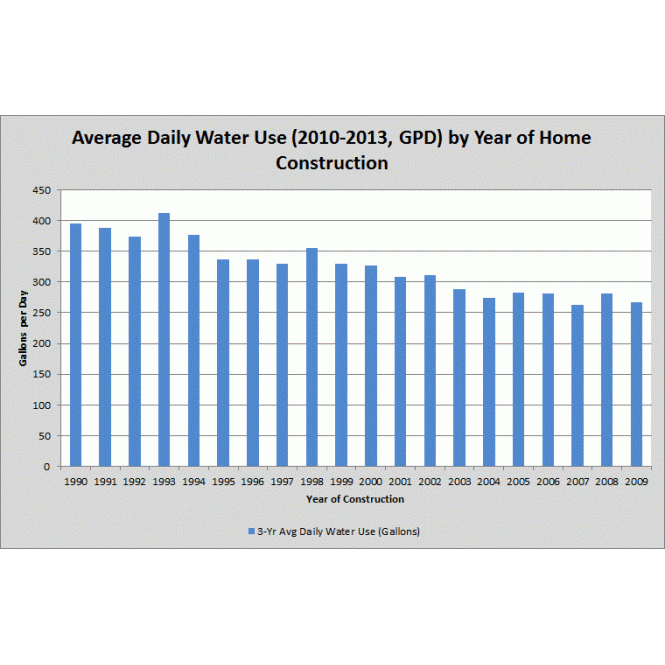 Back when George H. W. Bush was president, the U.S. Congress passed a law that has helped the country conserve its water supply as we face drought and climate change. There was nothing glamorous about the law, but its impact was dramatic.

The law, written and championed by Massachusetts engineer Amy Vickers, changed the amount of water that could be used by toilets, faucets, urinals and showers that were manufactured after 1994.

Here are the changes the law brought into American kitchens and bathrooms.

Japan and several Scandinavian countries had the standards in place for over 10 years before they became law in this country. About 15 states also made the standards mandatory before the federal law was passed, helping to create a groundswell of support for similar national standards. The standards were not popular with U.S. plumbing manufacturers and it took time for some to design and distribute high-performing fixtures that used less water.

The law made a big difference in water conservation for growing cities such as Phoenix. About 128,000 homes in the City of Phoenix were built after the law went into effect. From 2010 through 2013, homes built in 2009 used an average of about 260 gallons per day while homes built between 1990 and 1994 used closer to 400 gallons.

Water fixture technology is advancing. Now, manufacturers, homebuilders, and trade associations are joining the U.S. Environmental Protection Agency’s voluntary WaterSense labeling program that promotes even greater efficiency while ensuring that fixtures meet high-performance standards. For example, toilets can now flush using 1.28 gallons of water and showers work with a flow rate of 2 gallons per minute. While these are still voluntary guidelines, some states already have made more stringent standards mandatory. Since the program’s inception in 2006, WaterSense has helped consumers save 757 billion gallons of water and over $14.2 billion in water and energy bills.

As technology reaches its limits on efficient indoor fixtures, attention is turning to more efficiency in outdoor water uses. In the Phoenix area, as much as 70 percent of a household’s water use is outside. That makes water efficiency standards for irrigation and sprinkler systems the next logical step.