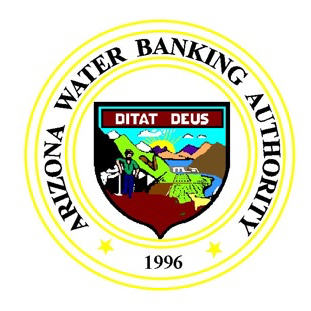 Arizona’s Colorado River water is used in multiple ways. One major use is to irrigate agricultural lands along the Colorado River, most prominently in the Yuma region. In addition to on-River farming, more than half of Arizona’s allotment goes to municipal, tribal and agricultural users in Central Arizona. These users receive the water through a 336-mile canal that transports water across the state called the Central Arizona Project (CAP).  Since most municipal, tribal and agricultural users did not use their full allotments of water in the 1990s, their unused Colorado River water went to California. This was an unsettling predicament for a desert state that expected a surge in population.  Arizona’s mantra became “leave no water on the River.”

To address concerns that Arizona’s water was going to California, water managers developed a concept to deliver unused water through the Central Arizona Project to store underground. This stored water would act as a buffer for times of drought. With support from the Arizona Department of Water Resources, AMWUA, and others in the water community, the Arizona Legislature in 1996 established the Arizona Water Banking Authority, more commonly called the Water Bank. Today, the Water Bank has stored 3.4 million acre-feet of water for Arizona. (One acre-foot of water serves an average of three Arizona households for a year.)

Here are the two ways the Water Bank stores water:

1. Underground Storage Facilities: With help from CAP, the Water Bank delivers Colorado River water to one of many underground storage facilities in central and southern Arizona. CAP, cities and other water agencies operate these storage facilities. These water storage sites consist of large constructed ponds called recharge basins. These basins are designed to allow the water to easily percolate into the ground. The water enters the natural aquifer where it is available to be pumped up through wells and delivered to customers affected by a shortage of Colorado River water.

2. Groundwater Savings Facilities: These facilities work as a water exchange. In this case, Colorado River water is delivered to participating agricultural lands and used to irrigate crops. Participating farms or irrigation districts that receive river water agree not to pump an equal amount of water from the aquifer, thereby “saving” water underground. In the event of a Colorado River shortage, the water that was saved in the aquifer would be pumped or “recovered” and delivered to customers, such as cities, to help make up for shortages.

In recent years, CAP has had less unused or “excess” water. This is because municipal, tribal and agricultural users have been using more and more of their CAP water allocations.  As a result the Water Bank has less unused water to store from the “excess pool.”  When there was more excess water, the Water Bank stored an average of 250,000 acre-feet of water a year. In the last two years, that number has dropped to an average of 65,000 acre-feet.

There is currently a 56 percent chance the Secretary of the U.S. Department of Interior will declare a shortage of Colorado River water as early as 2018. Under the law that governs the Colorado River, the Secretary declares shortages based on the water levels in Lake Mead, the giant reservoir that sits behind Hoover Dam on the Colorado River at the Arizona-Nevada border. A 16-year drought has driven Lake Mead to its lowest level since the dam was completed in 1936. A possible 2018 shortage declaration would not affect the water supplies for cities, but would impact agricultural users and the Colorado River “excess pool” from which the Water Bank draws its water.

The Water Bank has allowed Arizona to take all of its water off of the River and store it for a “dry” day.  The 3.4 million acre-feet of water stored by the Water Bank is a key component of Arizona’s preparations for eventual shortage.  As part of these efforts, it is important that the Water Bank, CAP, and water users develop a comprehensive plan for how the stored water can be recovered to help cities if a shortage declaration impacts their water supplies.

The creation and operation of the Arizona Water Banking Authority is just one more example of how Arizona has led the way in water investment and innovation. This legacy continues to drive the water community as we tackle the challenge of looming shortages on the Colorado River.