What’s impacting the conditions on the Colorado River? 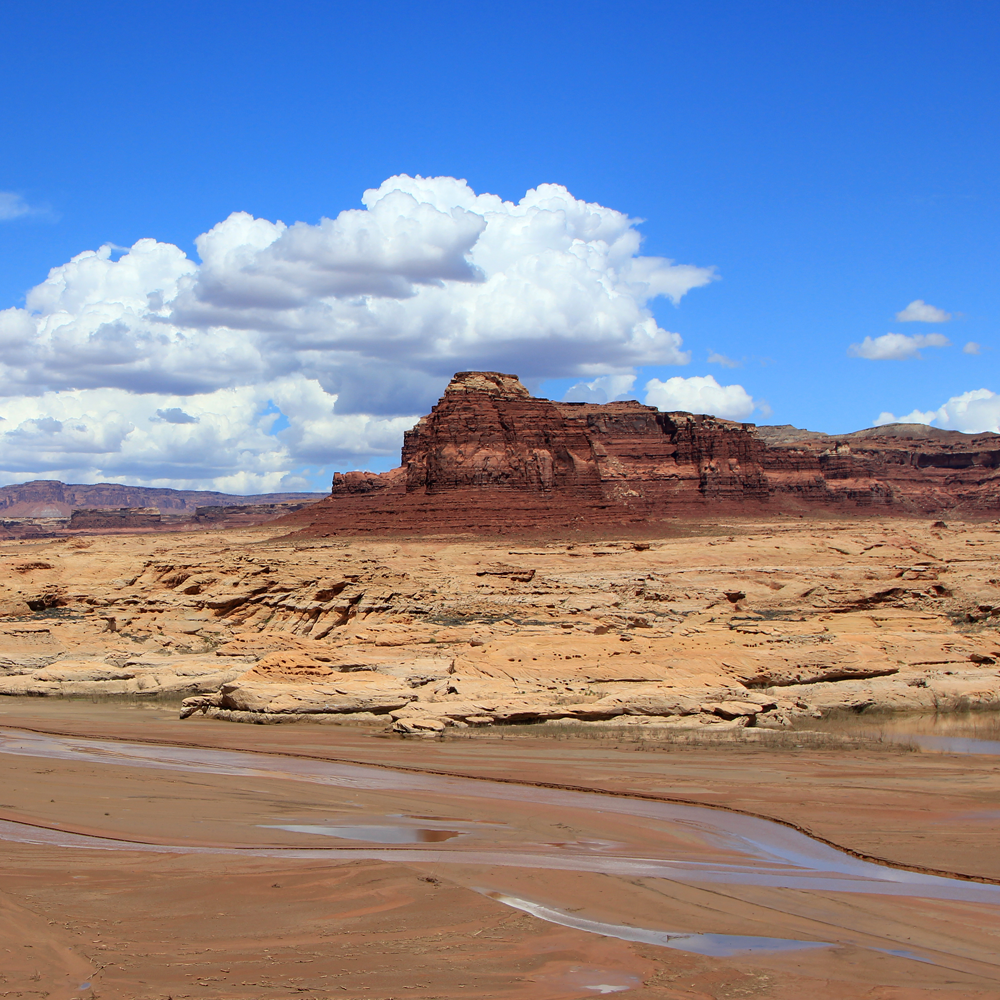 The cities recognize that the conditions on the Colorado River are worsening quicker than anticipated. This reality was reiterated with the recent release of the US Bureau of Reclamation’s April 24-Month Study, which came as no surprise. To fully grasp the evolving situation on the Colorado River, it’s important to look at why the spring runoff season seems to be having a lesser impact than in the past.

What are some of the reasons for the worsening conditions?
To start, the Colorado River has experienced over 20 years of dry conditions and reduced precipitation. In fact, it is the worst historical period of drought in 1,200 years. Unfortunately, this is not a typical cycle of abnormally dry weather that will be over soon. Instead, we are seeing a warming climate that continues to worsen the hydrologic conditions in the Colorado River Basin.

As temperatures climb, less snow is falling, and what snowfall does occur disappears before it can melt and flow into streams and rivers and ultimately into the Colorado River. The increase in temperatures creates a dry watershed where parched soils soak up the moisture. Plants are growing sooner in the year, using up more water. This phenomenon is called aridification, and water managers understand it will have long-term impacts on our water supply.

And in addition to our changing climate, the Colorado River has long been over-allocated among the Basin States, exacerbating the severe conditions. 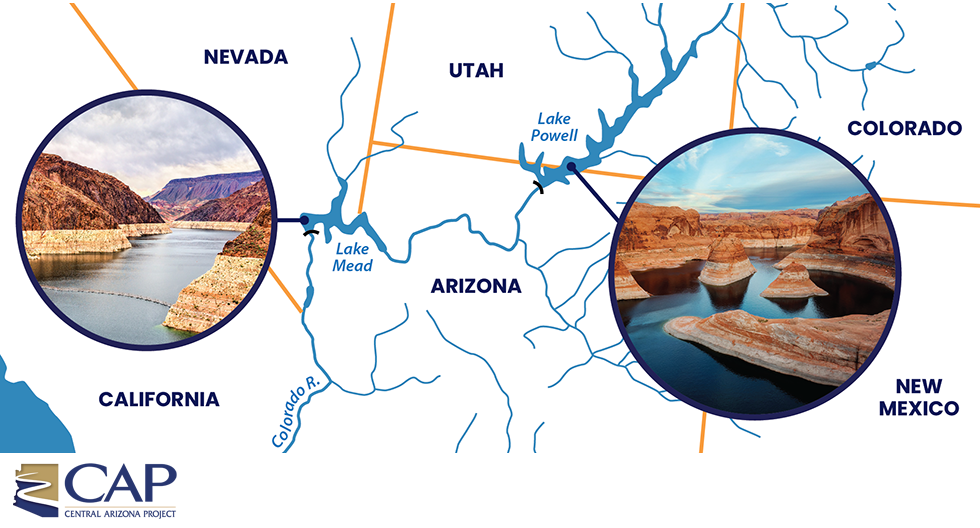 The Study is also critical in determining how Lake Powell (behind Glen Canyon Dam) and Lake Mead (behind Hoover Dam) will be operated. The Bureau of Reclamation operates both reservoirs in a coordinated, balanced fashion primarily determined by how much water is stored in each reservoir. The level of Lake Powell is affected mainly by runoff generated from snowmelt high in the Rockies. In contrast, the level of Lake Mead, located downstream, is primarily managed by how much water is purposefully released from Lake Powell.

The April edition of the Study is unique because it gives us our first solid look at spring and summer runoff conditions after the winter season has ended. Based on April’s projection, more or less water may be released from Powell to Mead than previously planned. That change in the amount of water released into Lake Mead will offer a better picture of what to expect in August and what level of shortage will be declared and implemented in January of the upcoming year.

What does this year’s April 24-Month Study tell us? 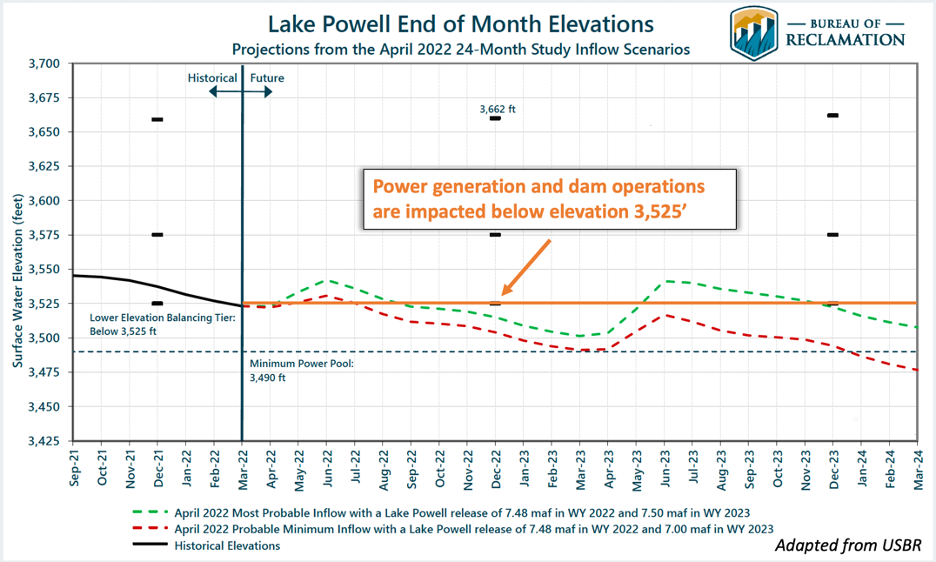 When it comes to Lake Powell, this year’s April Study shows that the Colorado River Basin will have another bad year of runoff, despite receiving almost 88% of normal snowpack. Meaning Lake Powell’s water levels will continue to fall over the next two years because natural inflows are insufficient to make up for the releases to downstream users. This is significantly troubling as the falling lake levels impact hydropower generation and make it harder for water to be passed through Glen Canyon Dam. In response to these dire conditions at Lake Powell, the Bureau of Reclamation plans to hold back water in Lake Powell to try and buffer the reservoir elevation.

While Lake Powell is mainly driven by spring runoff from the Colorado River watershed, Lake Mead’s condition is primarily controlled by how much water is released from Lake Powell. Unfortunately, Lake Powell’s dire situation means that Lake Mead will get low releases from Lake Powell, which means Lake Mead’s levels will continue to decline.

What happens now?
While we will keep a watchful eye on what is confirmed for 2023 by the August edition of the 24-Month Study, we must accept that our future will include less Colorado River regardless of what happens next year. And while deeper shortages may come quicker than anticipated, our ten desert cities continue to diligently plan for having less Colorado River water. They have proactively invested in diversifying their water portfolios and storing water underground. This means they are fortunate to have more than one water source here in the desert, enabling them to meet the needs of their residential and commercial customers, even when one of those supplies is impacted by a shortage.

For over 50 years, Arizona Municipal Water Users Association has worked to protect our member cities’ ability to provide assured, safe, and sustainable water supplies to their communities. For more water information, visit www.amwua.org.