Why Are We Still Using Flood Irrigation In The Desert? 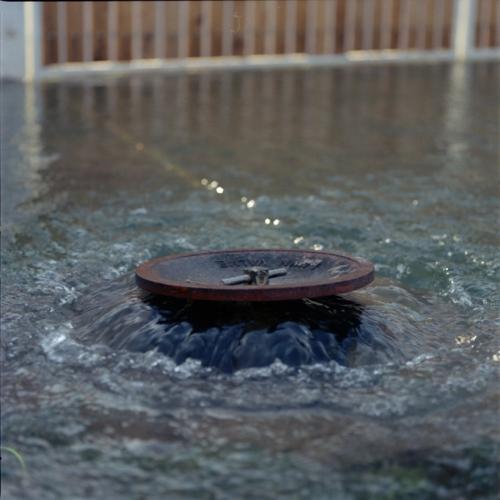 Flood irrigation can be a surprising sight in a desert Valley. Water comes pouring out of ditches, covering large parks, ball fields or yards in what looks like deep storm runoff. While the rest of us are using drip lines and sprinklers, this sort of watering is difficult to understand. Here are the facts about flood irrigation in the Valley.

A Little History: Flood irrigation is a vestige of the Valley's agricultural roots. Phoenix area farmers and ranchers had been brought to near ruin by the devastating cycles of flood and drought. At the turn of the century, these farmers and ranchers pledged their land - totaling 200,000 acres - as collateral to obtain a loan from the federal government to build Roosevelt Dam.  The dam allowed the fledgling community to manage cycles of drought and flood.  Each acre of land that was pledged as collateral represents one share in the Salt River Valley Water Users Association (today part of Salt River Project), the public corporation formed to secure funding for the dam. Those shares are tied to each acre, or portion of an acre, and the shares transfer with the land.  Shareholders are entitled to vote in the SRP elections of governing representatives.

In Arizona, the rights to surface (river) water are tied to the land by law.  Those lands where the water was put to use first have superior rights, and court determinations affect the distribution of surface water supplies.  In 1910, a court decision called the Kent Decree determined which lands were entitled to receive water stored behind Roosevelt Dam in Roosevelt Lake.  These lands, totaling 240,000 acres, are the SRP service area. It spans portions of Maricopa, Gila and Pinal counties, including from the City of Mesa and west to the City of Avondale. SRP is responsible for accounting and delivering that water.  These lands are entitled to a predetermined allotment of water.

A Big Change: Over the decades, the SRP service area became increasingly urbanized. Farms were subdivided into residential neighborhoods.  The shares in the Salt River Valley Water Users Association transferred with the land to homeowners and businesses. The rights to water from SRP, also tied to the land, transferred to the new landowners.

The new landowners frequently decided not to take their water via flood irrigation.  Their allotment of raw water was instead delivered to growing cities and towns to treat and deliver to the residents and businesses within the SRP lands.  Over the decades, that trend continued. Today, the majority of the water delivered by SRP (about 85 percent) goes directly to municipal water providers. 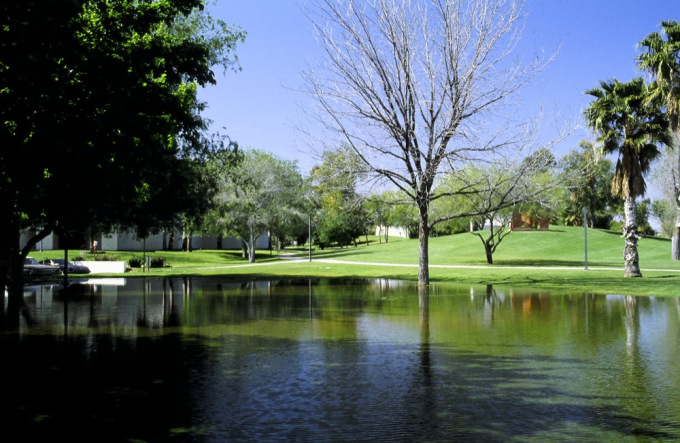 The water still provided by SRP for flood irrigation is untreated and delivered largely by gravity through open canals.  The cost of this raw SRP water is low because the investment in construction of the system was made long ago and the cost of water is subsidized by SRP’s energy sales. However, municipal drinking water is significantly more expensive. There is considerable cost to treat raw water to meet drinking water standards, to maintain the treatment plants and the massive miles of mains and pipes and meters, and to employ professionals to maintain and operate that system.

The Pros and Cons: Flood irrigation isn’t necessarily as bad an idea as it appears, at least not for turf and large trees. Many old and beautiful trees, including fruit and nut trees, wouldn’t survive without flood irrigation. The main benefit is it quickly irrigates at infrequent intervals. The water soaks deeper, limiting build up of salinity in the soil (which can damage turf and plants) and encouraging deeper roots.

Cities run on tight budgets and water is a huge expense.  Where they can, cities use recycled wastewater for irrigation, but that, too, requires costly treatment and a separate distribution system.  (Virtually 100 percent of Phoenix and Tucson area recycled water is put to beneficial use.)  If a city has the right to use cheap, untreated flood irrigation for ball fields and parks instead of installing an irrigation system that uses more costly drinking water, it is understandable they would take the opportunity to save taxpayers money. 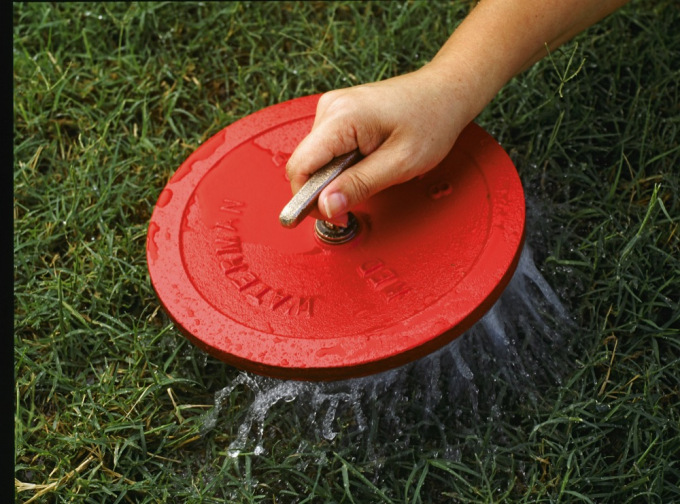 For more than 35 years, AMWUA members and its partners have worked toward more water-efficient, environmentally friendly landscapes. We have made considerable progress.  Back in the 1980s, 70 percent to 90 percent of residential properties in the city of Phoenix had turf landscapes.  Only 15 percent do now.  Flood irrigation is becoming a thing of the past.

The downside of eliminating flood irrigation is that it is more expensive and energy-intensive to treat raw water to drinking standards and then use it to irrigate turf and plants. Even if plants are drought tolerant, they will likely require some irrigation in an arid, urban and increasingly hot environment. Trees, plants, and turf provide shade, reduce energy demands (and the water needed to produce energy), filter pollutants from storm water, improve air quality, and provide places to rest and recreate. Learn more about flood irrigation from Salt River Project.

For now, flood irrigation is part of our history that saves money and energy.