Levels at Lake Mead are rapidly dropping, in part, because the water stored in this reservoir is over allocated to the states that share it. This puts the stability of the Colorado River system and reliability of Arizona’s Colorado River supplies at risk. 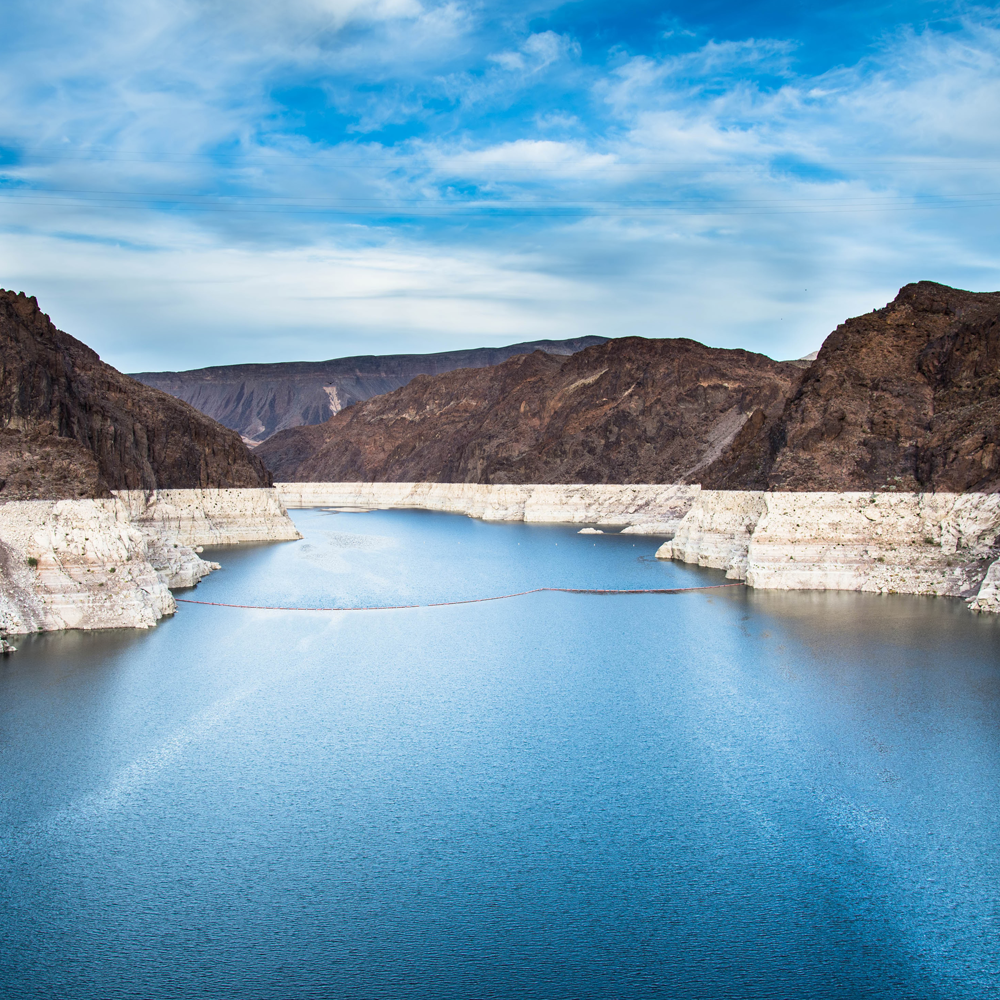 Less water flows into Lake Mead than is taken from it— about 1.2 million acre-feet less annually. The result is a “structural deficit” that causes Lake Mead’s elevation to drop about 12 feet every year, drought or no drought.

Lake Mead is the largest reservoir in the United States and a key component of the Colorado River system. The lake supplies water to three states and Mexico, serving 20 million people and supporting extensive agriculture. Water from the Lake accounts for 45 percent of the collective water portfolio of the AMWUA members. It is the reservoir level of Mead that determines shortage conditions on the Colorado River.

The Colorado River is over-allocated. More water is committed to the states and Mexico that rely on the River than is actually available in an average year. In years with normal inflows, Lake Mead declines twelve feet in elevation. This imbalance between inflows and diversions is known as the “structural deficit.” Twenty years of drought have exacerbated the problem, hastening the decline of Lake Mead.

Water managers are well aware of the deficit and have planned for shortages. In 2007, the seven states that share the River, the federal government, and Mexico agreed to interim guidelines that determine how Lake Powell and Lake Mead are managed and how shortages of supplies will be shared. Since then, it became clear that there was an increasing probability of more profound shortages, and risk of catastrophic declines in Lake Mead. The most recent edition of the August 24-Month Study by the U.S. Bureau of Reclamation confirmed that a Tier 1 Shortage will be declared for 2022.

The Drought Contingency Plan
The AMWUA cities supported implementing the 2019 Lower Basin Drought Contingency Plan (DCP), pulled together by Arizona, California, Nevada, the U.S. Bureau of Reclamation, and Mexico when all parties agreed to take less water from the River to protect its overall health. DCP is a plan to keep Lake Mead from reaching dangerously low levels until at least through 2026. A plan that is currently being carried out. As the Colorado River Basin sees historically low inflows, DCP has proven to slow the declining water levels in Lake Mead and has kept us out of shortage until this point and gave us additional time to prepare.

How Does This Affect Arizona?
For Arizona, a Tier 1 Shortage results in an estimated 30% reduction to Colorado River supplies delivered by the Central Arizona Project (CAP) to water users in Maricopa, Pinal, and Pima counties. We have a longstanding priority system that governs who receives Colorado River water in times of shortage. Central Arizona agricultural users have the lowest CAP priority, and therefore will face the brunt of the Tier 1 Shortage reductions. Municipalities and tribes have the highest CAP priority and will not face water reductions in 2022.

The Arizona Implementation Plan
The Implementation Plan is an arrangement within Arizona to help water users who face supply reductions under DCP. To mitigate the impact of these reductions, water users are provided alternative water supplies or funding. The alternative water supplies come from water previously-stored underground and in Lake Mead. Because of Arizona’s internal priority system, cutbacks to tribes and cities must be mitigated before agricultural users receive resources.

In addition to mitigation, other water users are being paid to conserve water that they would normally use. This helps boost the water levels in Lake Mead.

AMWUA Cities' Commitment to Implementation Plan
To help water users facing reductions during a Tier 1 Shortage, the Arizona DCP Implementation Plan was created in 2019 to provide alternate water supplies and funding to those impacted by the cuts. The AMWUA cities have committed resources to support this plan that includes sending water to Central Arizona farms.

How Is the Implementation Plan Funded?
The Implementation Plan is expected to cost at least $130 million. Funding is needed to purchase mitigation resources and to pay water users to use less voluntarily. The funds come from various sources, including state tax dollars, water rates, private donors, and potentially the federal government.

What Happens Next?
Simply put, the AMWUA cities recognize the conditions on the Colorado River are not expected to get significantly better anytime soon. The AMWUA cities have known that beyond a Tier 1 Shortage, other shortage reductions in Colorado River water are more than likely. So for decades, the cities have invested in diverse and reliable water portfolios, funding infrastructure and technology improvements, instilling a conservation ethic, building drought, and shortage preparedness plans, and storing water underground for times of need. These efforts are long-term and will be continually built upon, so we must continue to invest in our water systems to ensure we are always resilient. 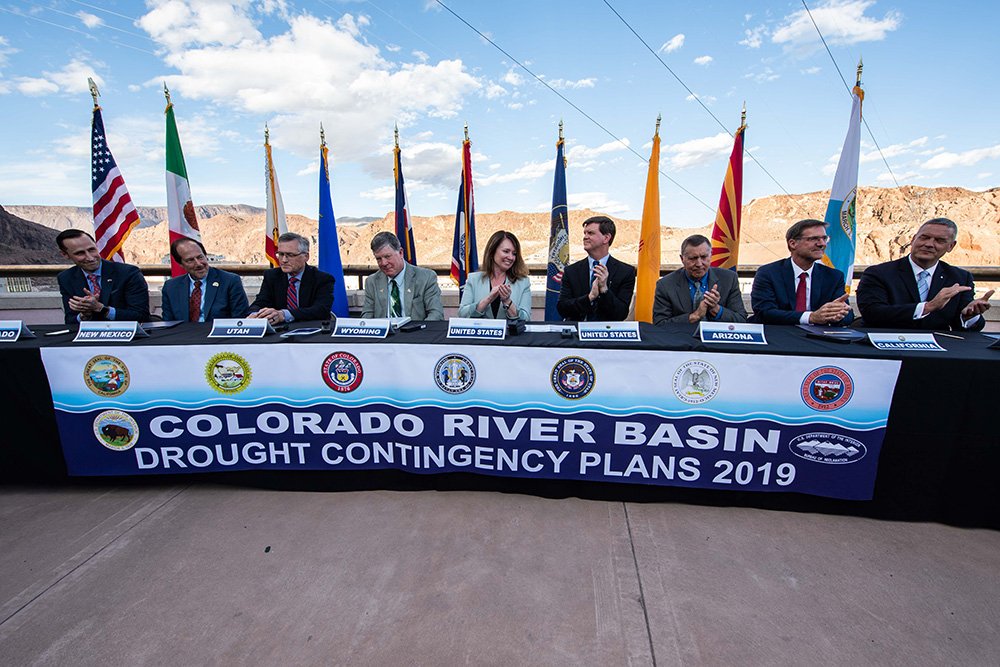 Water managers in Arizona, California, Nevada, and the US Bureau of Reclamation have been working hard to determine what additional action is necessary to keep Lake Mead from falling below critical elevation levels.

In August, Reclamation confirmed that the Colorado River would be in a Tier 1 shortage in 2022.  At that time, Reclamation’s projections also showed that Lake Mead’s elevations could be at or below 1,030 feet within 24 months, which triggered a provision in the Drought Contingency Plan (DCP) that the Lower Colorado River Basin States – Arizona, California, Nevada – and Reclamation are to consult and develop a plan to prevent the Lake from dropping below 1,020 feet. The Lower Basin States understand the seriousness of the current conditions and projections for the Colorado River and that this is a critical time to step forward and take more action.

The Lower Basin States recently unveiled what is dubbed as the 500+ Plan during a webinar held by Reclamation. Through modeling, the Lower Basin States determined that another 500,000 acre-feet of water needs to be saved annually in Lake Mead through 2026 to bend the model curve and decrease the risk of Lake Mead’s elevation reaching that critical 1,020-foot mark. This 500,000 acre-feet of water would be on top of the already agreed-upon reductions outlined in DCP.

So, where will 500,000 acre-feet of additional water come from? The water managers in the three states, along with Reclamation, are reaching out to tribal and non-tribal water users to see who would be willing to voluntarily contribute water. It is estimated that $100 million annually will be needed to incentivize some of the targeted supplies to be left in Lake Mead.  Arizona has already pledged $40 million for this purpose.

This Herculean effort to find an additional 500,000 acre-feet of water to leave in Lake Mead shows the collective urgency of the Lower Basin States to take action now. The goal is to have this 500+ Plan completed by the end of the year so it can be implemented in 2022. The same effort would then be made to secure an extra 500,000 acre-feet annually in 2023 through 2026.

So what does this mean for Arizona, and more specifically, the Valley? Under the 500+ Plan, Arizona’s contribution is anticipated to be about 223,000 acre-feet. Arizona’s water leaders have been working with Colorado River water users in the State to put together supplies that would reach this target.

Specifically, as part of this Plan, an additional 93,000 acre-feet of system conservation is being sought among tribes and municipalities who receive Colorado River water from the Central Arizona Project (CAP). Municipalities, including the AMWUA cities, are considering what, if any, they can contribute to help protect Lake Mead. It is recognized this is a challenge since municipalities already have plans and agreements in place for how they are to use their Colorado River water in 2022. Yet, they are still willing to take a serious look to see if they can contribute to this 500+ Plan, as more participation benefits Arizona.

Whether a municipality is able to leave water in Lake Mead or not, all AMWUA cities and other municipalities that receive Colorado River water will be impacted financially and thus contribute indirectly to the 500+ Plan. The most immediate impact will be an increase in the delivery rates they pay to the Central Arizona Project. This is because there will be less water delivered through the CAP system, which will affect CAP’s fixed costs. The Central Arizona Project recognizes this will cause an unexpected $10 per acre-foot increase to the $193 per acre-foot delivery rates that municipalities will pay in 2022. Depending on the cities’ allocation of Colorado River water, this additional cost could range from $43,000 to well over $1 million with varying impacts to water utilities’ budgets. So CAP is considering using $10 million of its reserves to cover a portion of that increase to help ease this unanticipated rate spike. With these higher costs for Colorado River water, municipalities will have to adjust their budgets and forego paying for upgrades and maintenance projects for their own municipal water systems.

Over the next few weeks, we’ll have a better idea of how Arizona will pull together its contribution to the 500+ Plan. During the webinar, Arizona Department of Water Resources Director Tom Buschatzke noted that the goal is to sign a general pact on the amount of water to be saved by mid-December and have any additional agreements among the parties ironed out early next year so that the water savings can be paid for and left in Lake Mead in 2022.

The announcement of the 500+ Plan and the concerted effort to make it work demonstrates the tireless effort to protect the health of the Colorado River by the Arizona Department of Water Resources and the Central Arizona Project, the primary entities negotiating on behalf of Arizona, along with water managers in California and Nevada. And once again, Arizona water providers are willing to rally together and determine how they can contribute to this latest endeavor to safeguard the Colorado River. 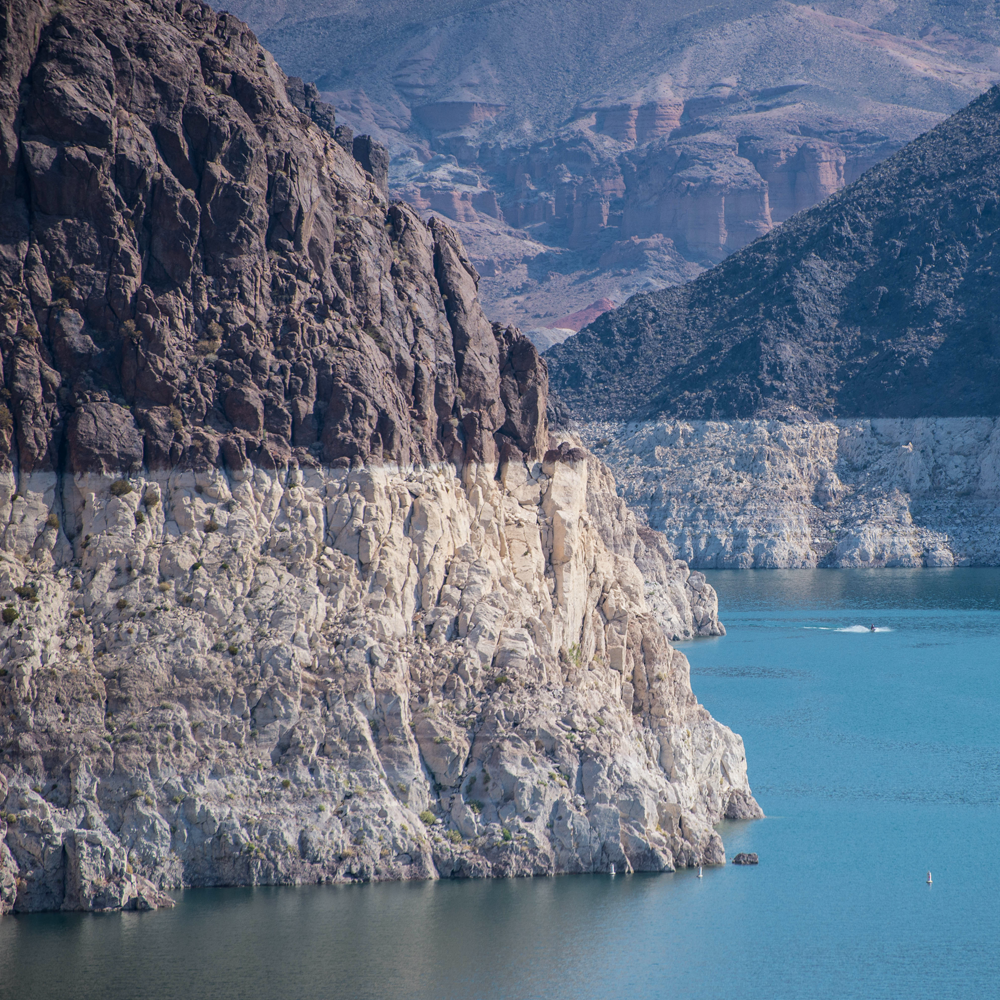 All Arizonans must play a role in improving how we use water.  The AMWUA cities will continue to plan and prepare for a drier future.  For four decades, we have met and exceeded the State’s conservation requirements. We will continue to seek opportunities to use water more efficiently because we know every drop counts.

Arizona Water Facts: Do We Have Enough? (ADWR)