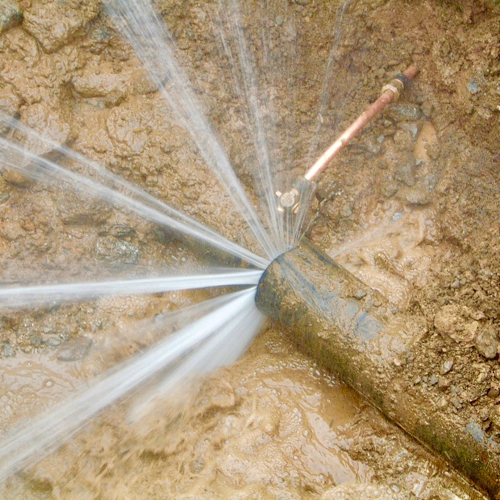 The number of gallons of drinking water a utility produces each month is not the same number of gallons paid for by its customers. Each month, a certain percentage of drinking water produced by a utility disappears for a variety of reasons. In Arizona this is called “lost and unaccounted for water” and the state has long had tough regulations in place to minimize lost water in large utilities. Now, some Arizona utilities are researching a new and more precise way to track and manage water loss.

Since the Arizona Groundwater Management Act of 1980, the state has required its largest cities and towns, as well as its largest private water companies, to keep the rate of Lost and Unaccounted for Water to 10 percent or less. Arizona’s regulation was the first of its kind in the country and applies to utilities in the most populated areas of the state governed by the Act. AMWUA cities average below a 10 percent water loss and some AMWUA cities lose less than 4 percent. The national average is about 15 percent, with some larger utilities across the country losing more than 25 percent.

All utilities “lose” a small amount of water as part of operating a system, such as the water used to flush lines and fire hydrants and to wash up streets after projects. Arizona’s 10-percent regulation encourages its largest utilities to maintain their plants, pipes and pumps and to fix unexpected leaks rapidly, but leaks don’t account for all lost and unaccounted for water. Water can be lost because of less obvious problems within a utility’s water distribution system, such as low water pressure and malfunctioning valves or meter readings. Utilities may not bill for all the drinking water they provide because of complexities in billing software or faulty readings from customer meters.

The American Water Works Association developed free software for a new method to audit water distribution systems, track each type of possible lost water, and calculate more reliable metrics. It is known simply as the M36 and has become the industry standard. The updated auditing system helps a utility understand and manage water losses and more accurately capture revenue, which saves water and money for all of us. (That’s why the new auditing standard calls lost and unaccounted for water “non-revenue water,” a better description of water that isn’t billed for.)

California, Georgia and Hawaii already require water utilities to use the M36 to generate annual state water audits. There are 33 states looking at updating to the M36. Washington, Wisconsin, Utah and, now, Arizona are among the states funding pilot projects. Six of Arizona’s public and private utilities (in areas of the state not regulated by the Groundwater Management Act) were willing to take the time to work with a contractor to learn the M36 methodology and apply it to their systems. These six utilities currently report water losses greater than 10 percent. The six utilities and the number of customers or connections in their distribution systems are:

AMWUA cities already track and maintain more than 90 percent of the data needed to comply with the M36 standard, which helps them prevent or decrease water loss problems. Some are implementing the standard to some extent. The City of Scottsdale used the M36 method two years ago to see how their system withstood the exacting scrutiny. The audit pushed Scottsdale Water to examine and validate every source of data used to keep its system running efficiently. These included the accuracy of the meters that measure its water production, the controls in place to maintain the meters’ accuracy, and the continued validity of the data collected from the meters. Scottsdale’s system stood up well to the challenge. If the M36 became standard procedure for Arizona and throughout the country, Scottsdale could compare its system's efficiency not just to Chandler or Glendale but also to Tampa, Florida and South Bend, Indiana. Utilities could collaborate about reducing water losses more easily by speaking the same language.

Depending on the results of Arizona’s pilot project, the state could agree to broaden the pilot. For now, water professionals will be watching the progress made by these six utilities that may help many Arizona water systems save money and water.