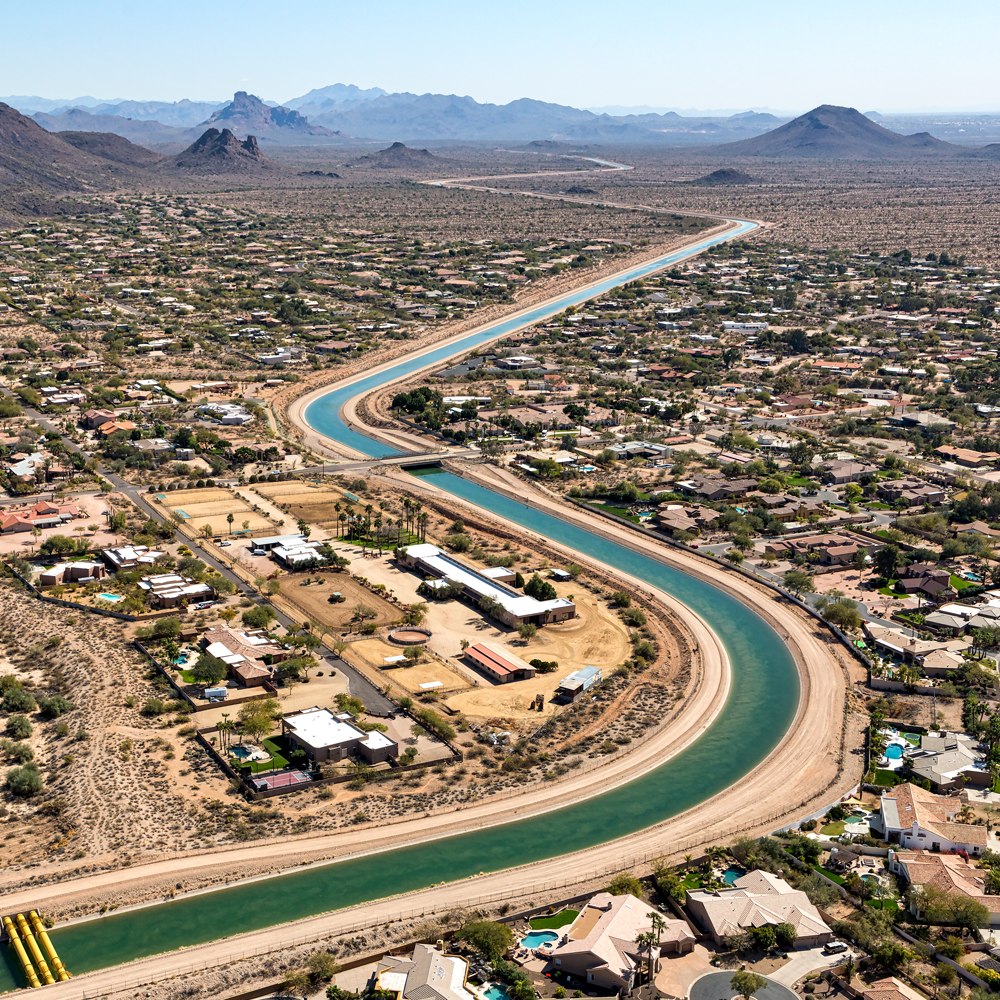 Uncertainty and frustration are widespread one week after the U.S. Bureau of Reclamation announced that the Colorado River would be in a Tier 2a Shortage in 2023. The problem is not the Tier 2a Shortage declaration, which was an expected announcement and results in a slightly larger reduction than the current Tier 1 Shortage. Rather, the AMWUA cities are discouraged that Reclamation failed to make good on its June declaration that Colorado River water demand must be reduced by 2 to 4 million acre-feet next year to avert the looming disaster on the Colorado River and to protect it for all water users in the American West.

If decisive action is not taken soon to reduce Colorado River water usage across the Basin, all who rely on the River, including the AMWUA municipalities, could see depleted levels at Lakes Mead and Powell, leading to a disastrous shortage in the entire River system. Colorado River water is a crucial supply for the ten AMWUA cities serving 3.7 million residents, along with critical industries and businesses vital to Arizona and the national economy. Abrupt, drastic cuts to the communities that rely on Colorado River water would bring challenges to their water services’ treatment and delivery systems. A Colorado River crisis would also impact the Valley’s manufacturing, high-tech industries, financial services, health care, higher education institutions, and other services. The AMWUA cities are prepared for having less Colorado River water but not for having none.

Ironically, the U.S. Bureau of Reclamation, which is responsible for managing the River, confirmed last week that “the system is approaching a tipping point, and without action, we cannot protect the system and the millions of Americans who rely on this critical resource” and “to avoid a catastrophic collapse of the Colorado River system, water use in the basin must be reduced.” Yet despite the June pronouncement by the Commissioner of Reclamation that the seven Basin States must come up with a plan by August 15th to reduce water demand throughout the Basin by 2 to 4 million acre-feet in 2023, Reclamation failed to follow through on its mandate after the Basin States failed to develop a plan by the deadline.

In fact, during its announcement last week, Reclamation made no reference to the 2 to 4 million acre-feet reduction it demanded in June, nor did it impose another deadline for the Basin States to develop a plan. The troubling absence of a roadmap for these reductions raises the probability of a depleted Colorado River system and increases uncertainty for communities that rely on this water.

Some users along the River with “senior” rights to Colorado River water believe that the CAP canal should go dry before they take any reductions in their River water. This interpretation may be consistent with the 1968 legislation authorizing construction of the CAP canal when Arizona agreed to junior priority, but it is blind to the devastating consequences that would occur if this water source was completely cut off in our state. Precisely because of CAP’s junior priority status, Arizona has historically agreed to take the first cuts under the current framework and has proactively left 800,000 acre-feet (more than required under the current Tier 1 shortage) in Lake Mead this year. Yet, nothing about today’s environment in the Basin is consistent with what was happening in 1968. We are dealing with a historic mega-drought, climate change, and aridification of the West. All of which forces us to confront the stark reality that the River can no longer provide enough water for the current level of use. Allowing the CAP canal to dry up will not fix this crisis. Each of the Basin States and all users of Colorado River water must step up with tangible, long-lasting, enforceable reductions to protect this vital and fragile water supply.

Moreover, to save the River for the good of everyone, we can no longer rely on short-term, voluntary band-aids and continue to triage the situation. The Basin States must take immediate, life-saving action to stabilize the River by accepting less water is being produced to meet the overallocated demands in light of our hotter and drier climate.

The real and credible threat of federal intervention to spur cooperation among the diverse interests of the seven Basin States has been crucial to resolving previous quandaries facing the Colorado River. It is all the more critical now, which is why the AMWUA municipalities are disappointed that Reclamation backpedaled from its June ultimatum. With the Basin States floundering, and Reclamation’s inaction, the AMWUA cities now face even greater uncertainty about this water supply, complicating critical management decisions that will impact millions of residents.

Future generations will want to know that they are still benefiting from the Colorado River because today, every state and every sector was willing to make sacrifices. AMWUA calls on the other Basin States to join Arizona in developing a collaborative, long-term, sustainable solution for this imminent Colorado River crisis and for Reclamation to provide firm, committed leadership to ensure it gets done.

AMWUA’s view on the current Colorado River crisis is further explained in this letter to the Department of the Interior and Bureau of Reclamation.

A statement from ADWR Director Tom Buschatzke and CAP General Manager Ted Cooke in response to the U.S. Department of the Interior announcement of actions to protect the Colorado River system and 2023 Operating Conditions for Lake Powell and Lake Mead is available HERE.

For over 50 years, the Arizona Municipal Water Users Association has worked to protect our member cities’ ability to provide their communities with assured, safe, and sustainable water supplies. For more water information, visit www.amwua.org.