Drastic reductions are needed to protect the Colorado River 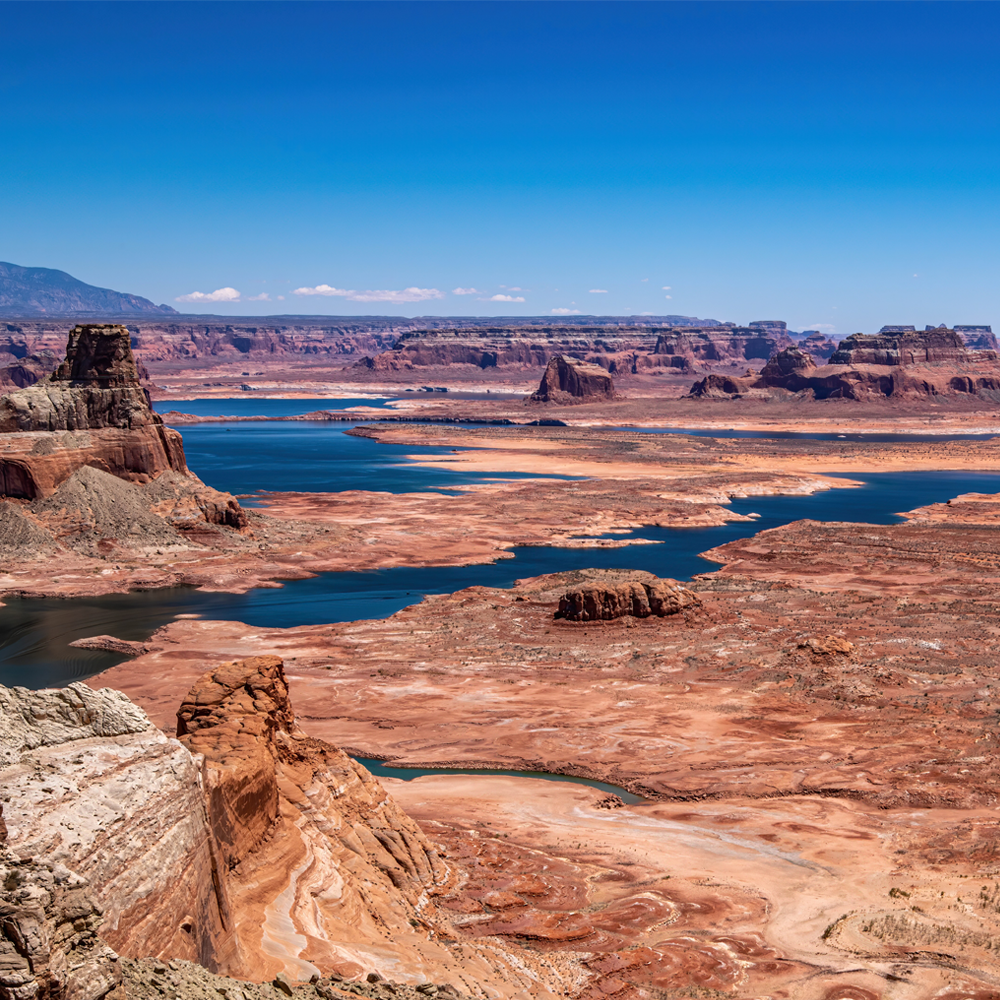 The Colorado River conditions have rapidly worsened to such a degree that the Federal Government will take extraordinary action to protect the system. The U.S. Bureau of Reclamation Commissioner Camille Touton made this announcement last week when she appeared in front of the U.S. Senate Committee on Energy & Natural Resources.

Specifically, Reclamation has determined that between two million and four million acre-feet of water must be left in the river system in 2023, in addition to existing conservation programs, to keep both Lake Mead and Lake Powell from reaching critically low levels. This cut in demand would be a quarter reduction from what the Colorado River has produced in recent years. This startling announcement is due to the unprecedented combination of historic drought and a climate with hotter temperatures creating earlier snowmelt and drier soils that have generated low runoff and accelerated negative hydrology throughout the Basin.

So, what does this mean for Arizona and the Valley? We know it means we will have less Colorado River water in 2023, but we just don’t yet know exactly how much less. The Bureau of Reclamation’s Commissioner has asked Arizona and the other six Basin States to propose an agreement on how to drastically curb water use to protect the river by mid-August. This is a daunting task to find common ground among the diverse interests throughout the Colorado River Basin; however, the Commissioner made it clear that the federal government will take action to protect the system with or without a proposal from the Basin States.

We do not know how reducing the Colorado River’s demand by between two million and four million acre-feet will be divided among water users throughout the Basin. Yet, we know that it can only be achieved if each state and all sectors - agriculture, municipalities, tribes, and industry - collectively bear the burden, ultimately protecting everyone’s interests in the river. Cities in Arizona, California, and Nevada do not use enough Colorado River water to make the difference on their own.

Arizona has participated in conservation efforts to protect Lake Mead since 2014 and continues to do its part. Even before this dramatic announcement by Reclamation, Arizona will already be leaving approximately 800,000 acre-feet of its 2.8 million acre-feet Colorado River apportionment in Lake Mead this year, with most of this reduction primarily shouldered by water users in Central Arizona. The 800,000 acre-feet are from mandatory Tier 1 shortage reductions and voluntary efforts.

While we wait to learn the decision of the Secretary of the Interior for 2023, the AMWUA cities continue to take action to prepare for less Colorado River water now and in the future. The accelerated severity of Colorado River conditions is unparalleled, but the AMWUA cities can continue to meet the water needs of their residents, businesses, and industries. Each of our ten desert cities has diverse water portfolios, meaning they do not solely rely on Colorado River water. We recognize that water conservation will be even more critical – not because it will solve the supply issue on the Colorado River – but because it protects and enhances each city’s water portfolio so our communities remain resilient.

Colorado River water remains a critical water source for Arizona’s urban centers. The water delivered by the Central Arizona Project (CAP) is vital for the 3.7 million residents living within the ten AMWUA cities and for strategic industries and our tribal neighbors. We appreciate that the Arizona Department of Water Resources (ADWR) and CAP understand this as they work with the water managers from the other Basin States and Reclamation to determine how to divide the latest and most drastic reductions needed to protect the river.

For over 50 years, the Arizona Municipal Water Users Association has worked to protect our member cities' ability to provide assured, safe, and sustainable water supplies to their communities. For more water information, visit www.amwua.org.