On The Job: Water Tech Works His Way To A Comeback 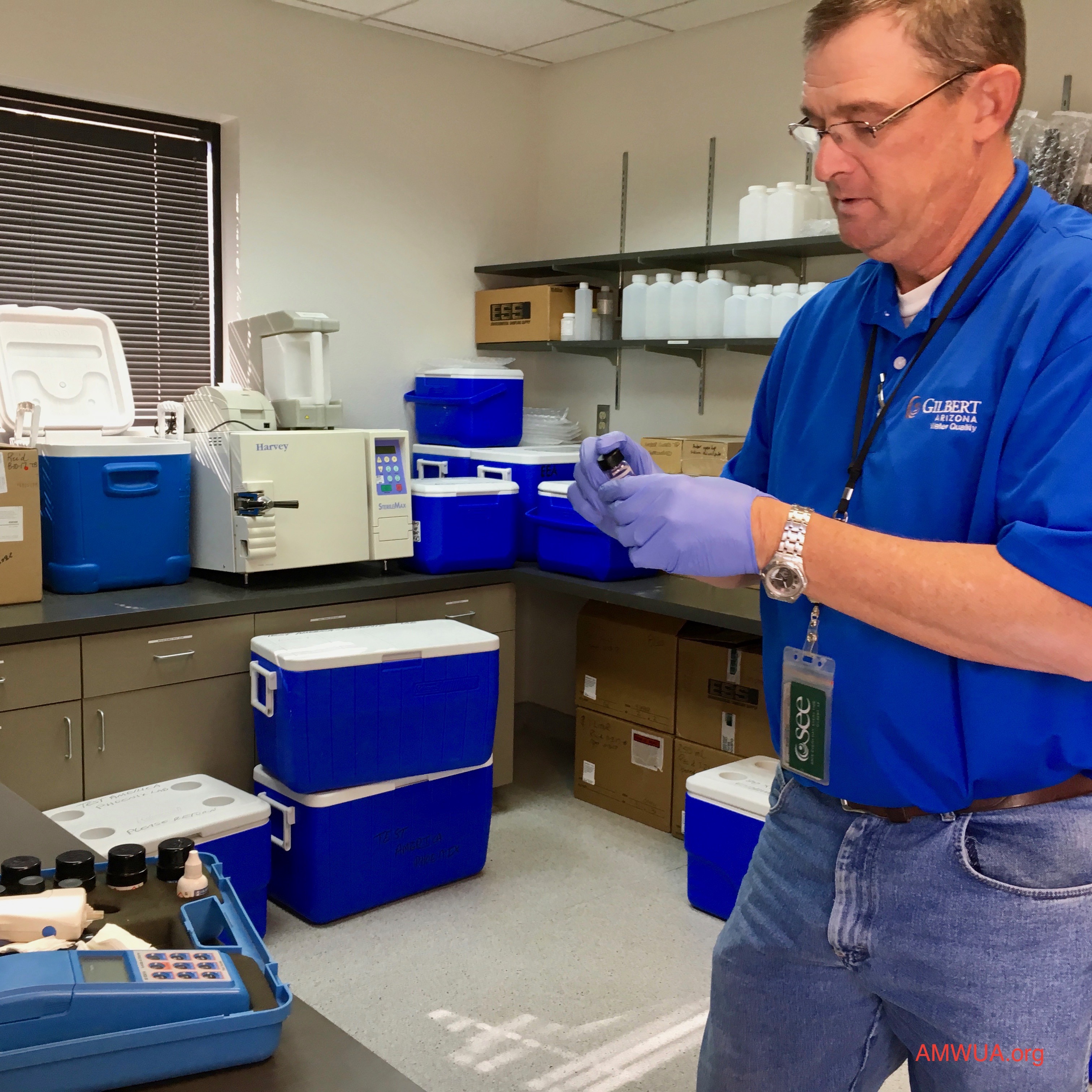 In the economically disastrous year of 2009, Chris Harris lost his job in the wholesale automobile business. He was 43 years old and his wife was pregnant with twins. Chris had no college degree, but he did have a mortgage. Life was a mess, but Chris created a way out. It wasn’t easy. “It could have gotten derailed anywhere along the line,” Chris said.

Chris hired himself out as a handyman and, like thousands of other middle-aged unemployed Valley residents, scrolled the Internet looking for job opportunities. He stumbled onto a website about careers in water – an idea that had never occurred to him. He researched what education and credentials were needed and developed a plan. After a conversation with his wife, Chris enrolled in Gateway Community College's Water Resources Technology program.

He worked as a handyman, helped to care for his two newborns, and squeezed in two college courses a semester. After he passed his Grade 1 Water Operator Certification exam, it was time to start building his water resume. Chris worked swing shifts treating a manufacturing company’s wastewater so it could be legally disposed of in a municipal sewer system. In the mornings, Chris continued to take courses at Gateway and at the end of his two and a half years he had passed the Grade II Water Operator Certification exam and earned an Associate in Applied Sciences Degree.

Here’s where things could have gone so wrong again: Chris interviewed once, twice, three and four times for a city job as a water technician and was turned down each time. He finally called back a city and asked why. The person at the other end of the line was honest: “You talk too much about your former career and not enough about water.”  He changed the conversation and landed the next job. The Town of Gilbert hired Chris six years ago as a Water Treatment Plant Operator. Two years later Chris changed jobs and became a Water Quality Technician for the town. The new job didn’t offer more money but it did offer hours that gave Chris more time to spend with his twins, now 8 years old.

Chris is one of two Gilbert Water Quality Technicians who make sure the water entering residents’ homes is safe and clean. Chris and his colleague are responsible for field-testing drinking water at 150 different points throughout Gilbert’s distribution system – every month. They each check about 10 points a day looking for a good balance of chlorine and for any build up of trace particulates in the water. Particulates can cause fine sediment to settle in distribution lines and, if that happens, it requires the water department to flush the lines. Chris takes water samples from each point and delivers them to Gilbert’s three chemists for further testing. Chris also samples and checks water from the town’s 18 wells and at Gilbert’s two water treatment plants to make sure each step in the process of treating drinking water is working properly. When developers put in new water lines, it’s Chris and his colleague who make sure those lines have been properly disinfected before they are joined to the water distribution system.

The routine of Chris’ workday stops any time a Gilbert water customer calls for help. It’s Chris and his colleague who respond to customer concerns. Some calls can be handled over the phone, but any complaint about “dirty” water has Chris knocking on the resident’s door as quickly as possible. Chris will sample the water at the hose bib where it enters the house. If the water is clear, the problem is within the home’s plumbing. Chris said the most common culprits are amber resin pellets in a water softener. When those pellets begin to breakdown they color the water yellowish brown. If the water sampled at the bib hose is dirty, it’s likely that sediment settled in the bottom of an 8-inch service line and has been stirred by a sudden increase in the velocity of water. “It’s disinfected and exposed to chlorine, it just looks icky,” Chris said. “It scares people.” Chris then calms the customer and scours and flushes the line by opening up nearby fire hydrants. Chris said he has learned to explain water systems in understandable terms that leave most customers satisfied and confident in their drinking water.

“I have independence and a lot of responsibility,” Chris said about the job he worked so hard to get. “You’ve got to be motivated and that suits my personality.”