So, What, Exactly, Is An AMWUA? 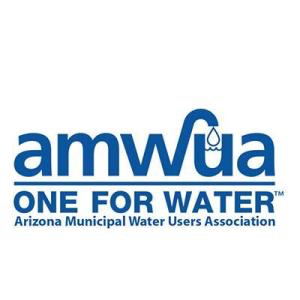 AMWUA started its weekly blog posts in March 2014. This is our 83rd message to a growing audience. The AMWUA Blog is designed to explain where the Valley's water comes from, how cities deliver, measure, and conserve it, and how homeowners and businesses can help. Here's something we've never written about: What is an AMWUA?

It’s the acronym for our full name - Arizona Municipal Water Users Association. Yes, it’s a mouthful, but no one was thinking about branding when we were established 46 years ago. That’s why we use the shortcut AMWUA (pronounce am-wha).

Plant lovers, nursery owners and landscapers know us best because we’ve been publishing planting guides and championing desert landscaping since 1982. Our landscape pages remain our most popular website destinations.

While we have led in conservation information, it’s only part of our leadership history. AMWUA was incorporated in 1969 by the cities of Phoenix, Mesa and Scottsdale. Glendale and Tempe joined soon after that. The cities understood they had to work together to secure and manage water for their growing populations. AMWUA was designed to foster and advance that regional cooperation.

Here are five things you may not know about AMWUA.

1.     We are a non-profit organization, but not the kind that seeks donations and volunteers. Our budget consists of dues paid by Phoenix and nine other Valley cities.

3.     Our governing board is made up of a mayor or city council member from each of our 10 member municipalities: Phoenix, Mesa, Scottsdale, Glendale, Tempe, Chandler, Peoria, Gilbert, Avondale and Goodyear.

Here are five things AMWUA accomplished to make the Valley a better place to live.

1.     Our then Executive Director was one of the negotiators of the 1980 Arizona Groundwater Management Act. The award-winning law protects and conserves groundwater supplies in the state's most populated areas, including the Phoenix metropolitan area.

2.     We helped our member cities negotiate contracts that bring water to the cities from the Colorado, Salt and Verde Rivers. This helps cities to save groundwater for the future and avert a drought crisis such as the one in California.

3.     AMWUA negotiated the agreement between Arizona Public Service and our five original member cities to send treated wastewater from their jointly-owned treatment plant to the Palo Verde Nuclear Generating Station. Palo Verde remains the largest producer of electricity in the country and the only nuclear power plant cooled by wastewater.

4.     In response to the Arizona Groundwater Management Act and to reduce groundwater pumping, AMWUA established a regional water conservation program in 1982. Through this collaborative effort, the cities have shared expertise and resources, launching programs and materials to help their customers reduce water use.  There is no other regional effort quite like it in the country.

This week The Value of Water Coalition, a partnership of private and public water agencies and business and community leaders, is sponsoring a three-day public awareness campaign asking you to "Imagine a Day without Water." Imagining such a day is what has been getting water professionals in AMWUA member cities up and working each morning for decades. Here are five things AMWUA is working on right now. 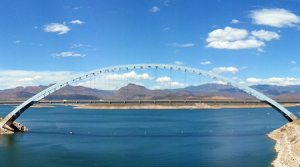 2.     Moving Forward Study: I co-chair a 30-member workgroup established by the Bureau of Reclamation to investigate how ten large metropolitan areas in seven states that use Colorado River water can help prevent significant shortfalls in coming decades. The workgroup published a report of its recommendations in May 2015.

3.     Save the Desert: AMWUA helped to stop a bill introduced in the Arizona Legislature earlier this year that would have stripped cities of their power to require developers to save saguaros and some native trees and to require drought tolerant landscaping. While this is hard to imagine, particularly after 15 years of drought, the bill is expected to reappear next year.

4.     Recovery of Water Stored by the Arizona Water Banking Authority: The Banking Authority has stored 3.4 million acre-feet of water underground for use by cities and industries in times of shortages of Colorado River water.  A plan still is being developed to pump that water back out and deliver the water to those who have rights to use it.

5.    Water First, Then Development: Arizona law requires a developer to prove that a 100-year assured water supply is available before building. In 1993, the Arizona legislature created an exception that allows houses to be built on raw desert land and their owners to use groundwater on the expectation that the government will purchase water supplies later to replenish the groundwater that is pumped. The 1993 loophole is now the major vehicle for residential growth. Ultimately, homebuyers will foot the bill. It’s a loophole we are working to close.

I know. Water is only sexy to those who fight to secure it, manage it and conserve it in the desert everyday. But now you know a little more about us. We’re a non-profit that doesn’t ask for money or volunteers. We just need your attention.