Groundwater in Arizona: Past, Present, and Future - Part Two 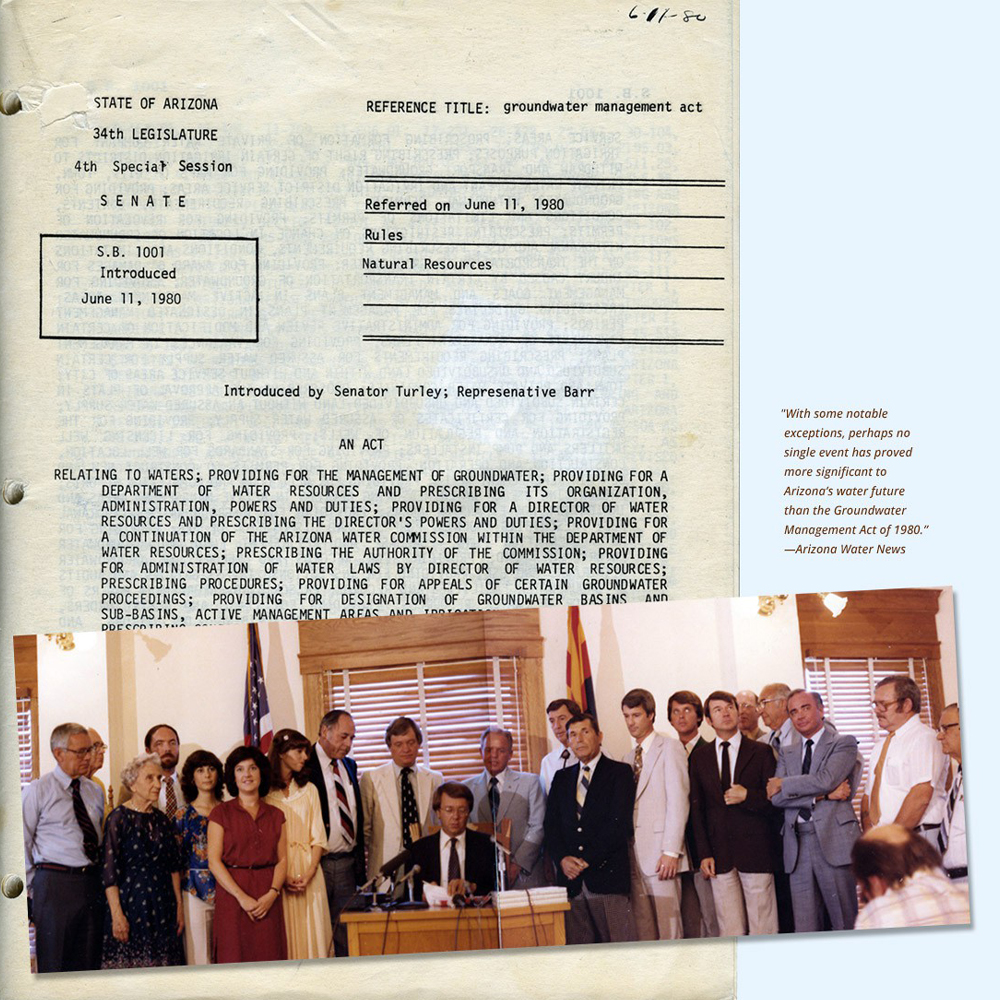 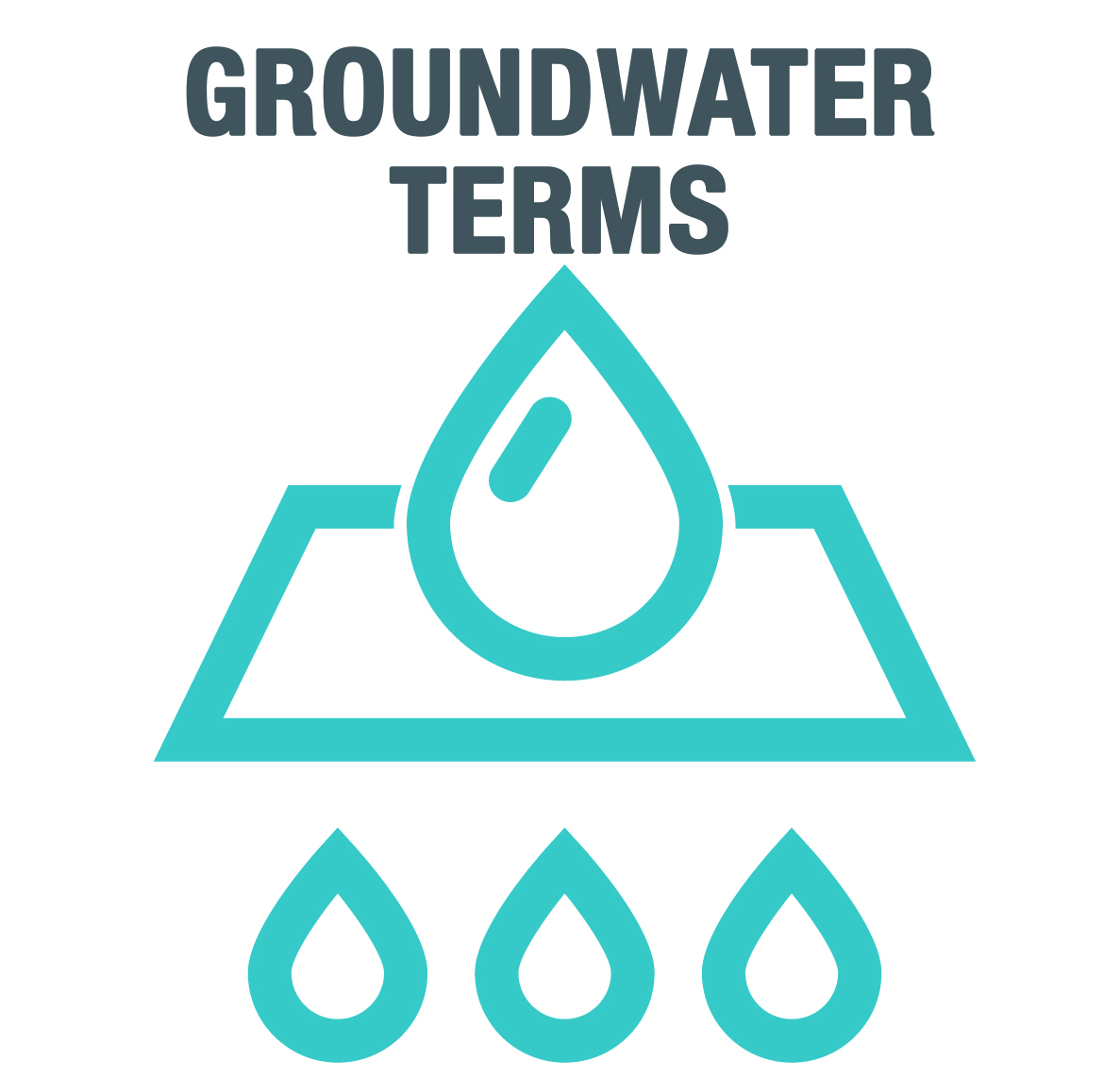 The passing of the 1980 Groundwater Management Act (GMA) was monumental for many reasons. First and foremost, it established laws that enabled the State to manage and protect groundwater for the benefit of all residents across Arizona. It also created provisions to ensure this finite water source was preserved for the future.

Now 40 years later, we look back at the impact the GMA has had, how it became the cornerstone of water management in Arizona and its impact on ensuring sustainability for our way of life in the desert.

Before the GMA, it was apparent that the decades of unregulated groundwater pumping were taking a toll on the State, and the situation needed to be addressed before it would become dire. Wells were drying up and landowners were concerned that they would not have access to water thus impacting their property investment and future income. Land subsidence and fissures were appearing. And there was a reduction of water in nearby streams and rivers. It was evident that the impact of over-pumping groundwater would only get worse, so regulatory measures were needed.

Yet, Arizona’s severe groundwater overdraft was nothing new. Since the 1930s, legislators had tried repeatedly to regulate groundwater in the State but were continually unsuccessful, proving that their widely differing opinions on solutions would not be easily resolved. Decades later in 1976, the Arizona Supreme Court handed down a decision on groundwater transportation and it initiated a chain of events that culminated in the 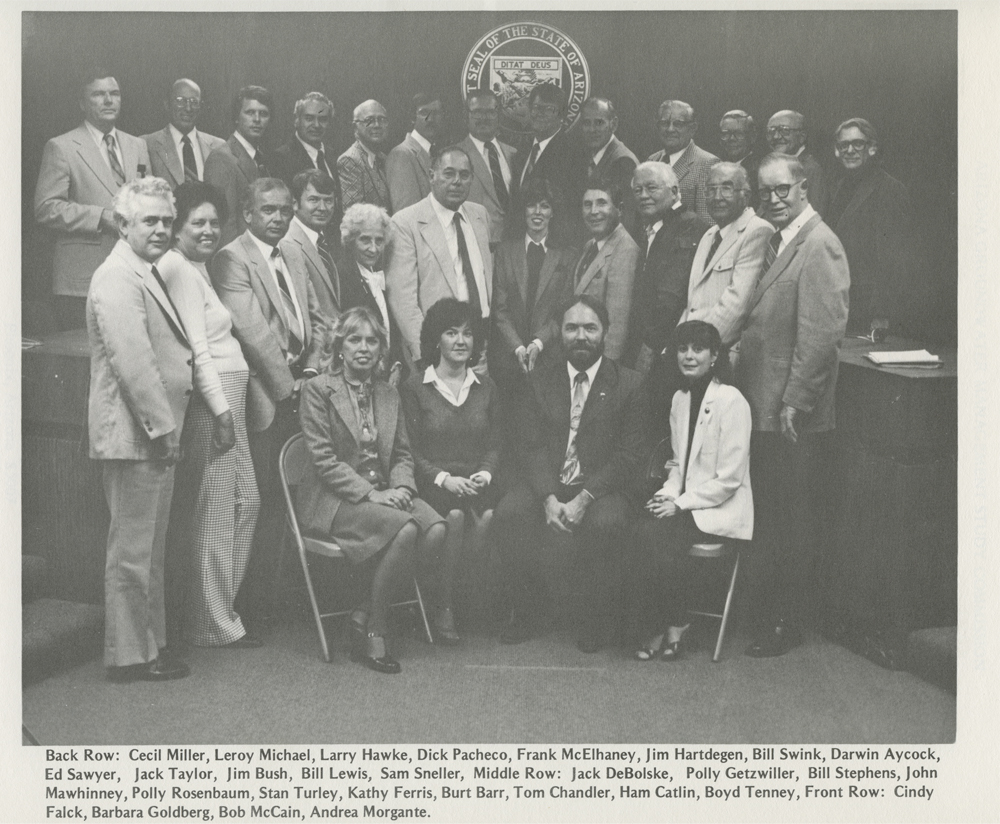 creation of the Groundwater Management Study Commission. The Commission was charged with the responsibility to develop a comprehensive groundwater management code for the State.

The Commission embarked on its mission and focused on key areas of conflict that rose to the surface putting cities, agriculture, and mines at odds. Questions surrounding groundwater pumping rights intensified. How could the groundwater overdraft be addressed? Should groundwater be managed primarily at the State or at the local level? These were just a few of the issues that needed to be addressed through the development of the code.

Despite the challenges and with the threat that the Federal Government would not fund the construction of the Central Arizona Project (CAP) unless Arizona addressed its groundwater pumping issues, the 200-page Groundwater Management Act was crafted. Through tenacious leadership from Governor Babbitt and with support from members of the Arizona Legislature this monumental piece of legislation was officially passed and signed into law on June 12, 1980. The GMA was the product of multiple years of work and dedication by the Commission, was the first comprehensive groundwater code in the State’s history, and it was unique in the United States for its ambitious approach to groundwater management.

Once in place, it would aim to address the groundwater issues that had plagued the State for decades. Now, 40 years later, the impact the GMA had in Central and Southern Arizona has been significant.

WATER MANAGEMENT: The Arizona Department of Water Resources (ADWR) was established to oversee not just groundwater but all of the State’s waters. The creation and stability of this agency are most critical to the State’s long-term strength. ADWR oversees all facets of water management including modeling, data collection, conservation, planning and enforcement of Arizona water laws. 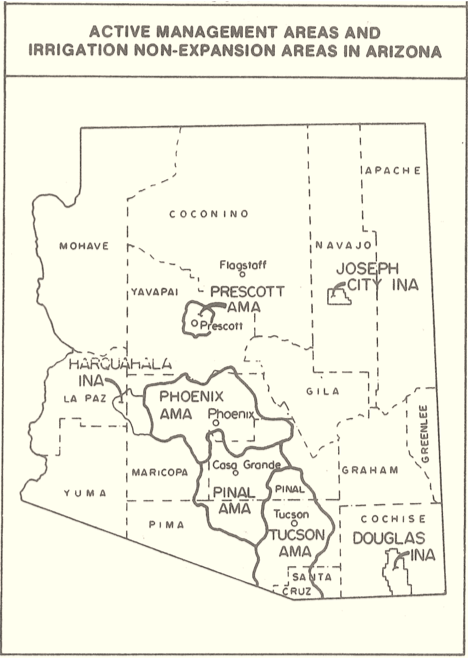 REGULATING GROUNDWATER: In specific regions where groundwater supplies were most threatened, Active Management Areas (AMAs) were established including in the Phoenix, Tucson, Pinal, Prescott and Santa Cruz areas. Within these boundaries, specific guidelines and rules have regulated how groundwater is utilized and how all parties – cities, industries, and agriculture - are required to mitigate the effect of groundwater pumping within their AMA. The AMAs were also given specific water management goals. Within the Phoenix AMA, the goal is to achieve safe-yield, a long-term balance between the amount of groundwater withdrawn from an aquifer and the amount of water recharged to the aquifer through natural and manmade processes.

BALANCED GROWTH: A cornerstone of the GMA is the Assured Water Supply Program. It protects innocent homebuyers and ensures sustainable growth. No other state in the country can tout such a rigorous requirement. The principle is simple: before building and selling subdivision lots within an AMA, ADWR must determine that sufficient water of adequate quality will be available to satisfy the water needs of the subdivision for at least 100 years. These provisions protect a homeowner from turning on the tap, only to find that the supply has run out.

REDUCTION IN WATER USE - To address the groundwater overdraft, water users in all sectors – cities, agriculture, industry - were required to reduce the amount of water used through a series of mandatory conservation requirements that would increase over time. This has contributed to an overall decrease in groundwater pumping for all sectors. AMWUA cities have been leaders in conservation including the establishment of a regional conservation committee that was created to address the requirements and look for ways to reduce water use, especially outdoors.

All of these regulations pushed cities within the AMAs, like the AMWUA cities, to look at water management differently. They invested in diversifying their water supplies, expanding infrastructure, creating conservation programs and developing underground storage. Now, 40 years later, it is also evident that these requirements to protect groundwater have benefited the cities by providing a strong foundation to sustain a growing population and industries.

There is no doubt that the GMA was and remains impactful. It addressed the rapidly declining groundwater levels and provisions with the GMA created a path to a better situation. Also, without it, federal authorization to build the CAP would not have been granted, and the addition of Colorado River water to the cities’ collective water portfolio was a crucial step in moving forward toward greater sustainability.

The vision to create viable communities hasn’t been without challenges, but with collaboration, strong water management and a lot of hard work, the GMA has been successful and has made a difference, but we now stand at a critical juncture. The GMA must be protected while further efforts to strengthen the management of our water are needed. For the State to properly regulate all groundwater use, the need for administrative and legislative support is once again at the forefront.

This is the second of a three-part series on groundwater as we aim to explain its importance, celebrate the accomplishments of the 1980 Groundwater Management Act and discuss growing concerns over groundwater depletion in Arizona.

READ PART ONE – Groundwater: What is it and Why Does it Matter?